From Freedom to Fascism: Poroshenko to Impose Martial Law in the Ukraine 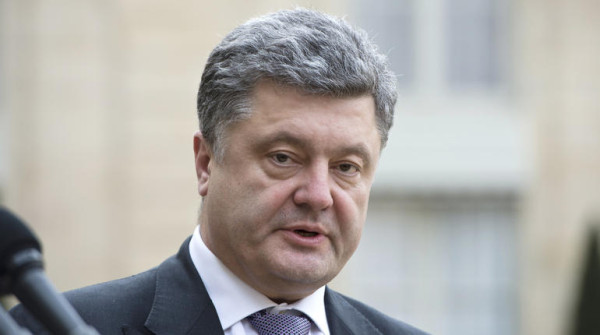 The last few days in Minsk saw the US-backed regime in Kiev defeated by cooler heads thanks to a European-Russian brokered peace deal. Although a ceasefire was reached, it’s fairly certain that Kiev will break this deal in order to preserve its chances of securing more US military backing. That could have grave consequences for the people of the Ukraine…

Much was made about the “Maidan Revolution of Freedom” last winter, but it turns out that this US and EU regime change project only paved the way for an even more brutal regime.

It’s well-known by now how the Nazi party and affiliated groups have penetrated into both political and military leadership positions in Kiev, but last week’s announcement by Kiev validated what we already knew – that the government led by President Petro Poroshenko and Arseniy Yatsenyuk has gone onto full fascist mode. They also have the full support of the US State Department and a US Congress still hoping to send more arms and military equipment to the regime in Kiev. As we now see, that military build-up is not just for ethnic cleansing operations in east Ukraine, but also for managing a dissenting domestic population throughout the Ukraine:

Shelling it’s Own Citizens: We’ve know since the summer of 2014, that the US-backed regime in Kiev has been indiscriminately shelling its own civilian areas with munitions and rockets into populated areas – which is a clear war crime. Because the US media were not reporting it, so therefore it was OK for Washington.