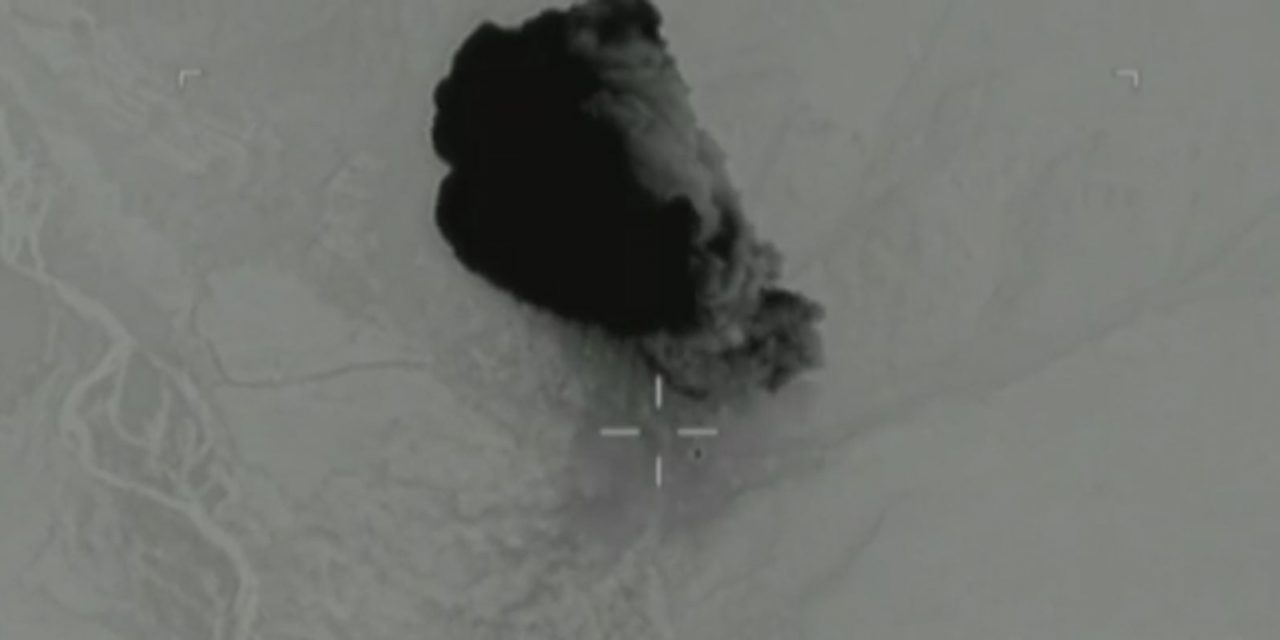 There are conflicting accounts regarding how many people died in yesterday’s MOAB (Mother of all Bombs) bombing in Afghanistan. This was the first time this non-nuclear bomb was used in combat, marking a turning point in the War on Terror. Since U.S. reports suggest that offensive operations will continue against ISIS in Afghanistan, this may be just the first escalation in an evolving conflict.

According to reports from the Islamic State’s Amaq News Agency, there were no casualties caused by the MOAB bomb yesterday in Afghanistan.

Other outlets were not so quick to believe the reports from the Islamic state, and it appears that other sources claim that several militants were killed in the blast. The Afghan Defense Ministry made the following statement, as reported by Al Jazeera:

“As a result of the bombing, key Daesh [ISIL] hideouts and deep tunnel complex were destroyed and 36 IS fighters were killed.”

In either case, these numbers should be read as estimates, and not an exact toll. It may be hard to fully assess the number of casualties unless a full investigation is carried out, especially considering that there are clear interests on both sides of this conflict.

Hamid Karzai, the former president of the Islamic Republic of Afghanistan strongly condemned dropping the bomb on Afghanistan, saying that this action is not for the war on terror, but rather to test new and dangerous weapons using Afghanistan’s land.

I vehemently and in strongest words condemn the dropping of the latest weapon, the largest non-nuclear #bomb, on Afghanistan by US…1/2

2/2 military. This is not the war on terror but the inhuman and most brutal misuse of our country as testing ground for new and dangerous…

Whatever the intention behind this action was, to kill ISIS militants, or to test new technology as Karzai is suggesting, we can confirm that the war in the Middle East took a rather large turn yesterday.

Recently, ISIS militants who were seemingly planning a suicide attack in an armored car were stopped in their tracks when PMU fighters open fired on an armored car loaded with explosives, eventually putting it down with an anti-aircraft missile. This is not a good time to be an armed radical in defiance of the U.S. government and their allies in the Middle East.