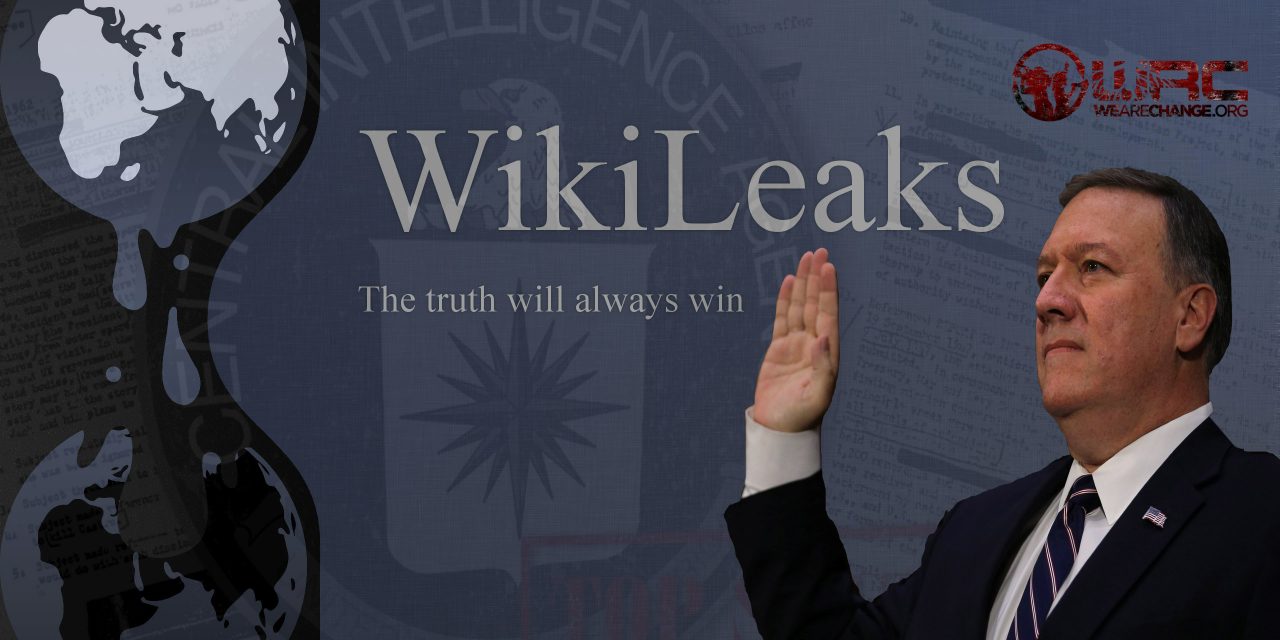 Today the CIA has taken overt shots at Julian Assange and WikiLeaks, Edward Snowden, Chelsea Manning and all other whistleblowers who the CIA claims put American lives at risks by leaking classified information to the public.

Pompeo thinks that whistleblowers like Assange put people’s lives and accordingly national security at risk, which is one of his positions as to why they should be scorned. We can see this when he says that:

“Assange has been more than cavalier in disclosing the personal information of scores of innocent citizens around the globe. We know this because the damage they have done to the security and safety of the free world is tangible. And the examples are numerous.”

“When Snowden absconded to the comfortable clutches of Russian intelligence, his treachery directly harmed a wide range of US intelligence and military operations. Despite what he claims, he is no whistleblower. True whistleblowers use the well-established and discreet processes in place to voice grievances; they do not put American lives at risk.”

He even then goes on to take shots at Julian Assange’s character, even accusing Assange of being a narcissist to further his point as to why we shouldn’t look through the publications of Assange’s WikiLeaks, saying that:

“Assange and his ilk make common cause with dictators today. Yes, they try unsuccessfully to cloak themselves and their actions in the language of liberty and privacy; in reality, however, they champion nothing but their own celebrity. Their currency is clickbait; their moral compass, nonexistent. Their mission: personal self-aggrandizement through the destruction of Western values… Assange is a narcissist who has created nothing of value. He relies on the dirty work of others to make himself famous. He is a fraud—a coward hiding behind a screen.”

Pompeo Lays Out A Plan To Combat WikiLeaks and Whistleblowers

While concluding the speech, Pompeo laid out a plan to fight “hostile non-state intelligence agencies” in a series of steps. During this plan, he stated that, “ignorance or misplaced idealism is no longer an acceptable excuse for lionizing these demons,” and that there is, “no quick fix – no foolproof cure,” but that:

“First, it is high time we called out those who grant a platform to these leakers and so-called transparency activists… Second, there are steps that we have to take at home—in fact, this is a process we’ve already started. We’ve got to strengthen our own systems; we’ve got to improve internal mechanisms that help us in our counterintelligence mission… I can’t go into great detail, but the steps we take can’t be static… Third, we have to recognize that we can no longer allow Assange and his colleagues the latitude to use free speech values against us. To give them the space to crush us with misappropriated secrets is a perversion of what our great Constitution stands for. It ends now… And finally—and perhaps most importantly—we need to deepen the trust between the Intelligence Community and the citizens we strive to protect.”

In essence, we can pull from this speech that the U.S. is developing a secret plan to deal with foreign and domestic whistleblowers. We might not know how this will work until it happens.

To all of our friends in the intelligence community, both from “hostile non-state agencies” and ones from the CIA and NSA, know that we want to defend the ideals of life, liberty and the pursuit of happiness, just like you. We are sick of the secrets and lies being perpetuated in the name of national security. Perhaps the first step in solving the whistleblower problem is being honest and direct with the American people.