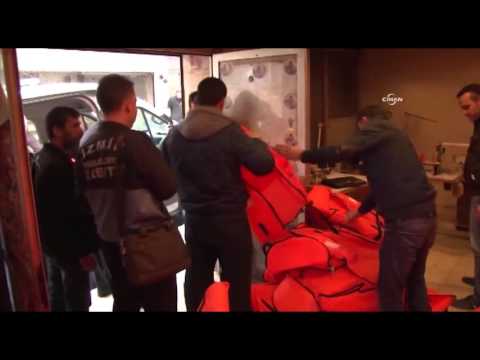 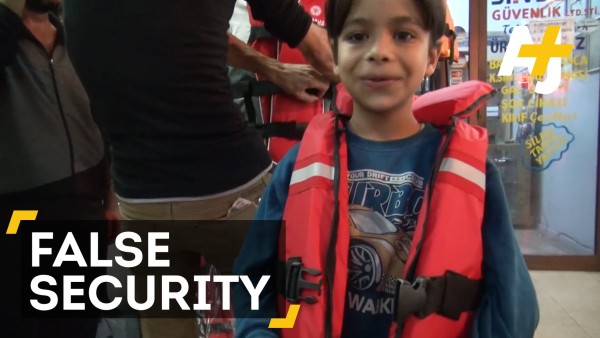 A factory in a Turkish city that is known as a departure point for refugees fleeing to Greece has been busted for manufacturing life jackets that don’t work.

This week, Turkish police confiscated 1,263 life jackets from a factory in Izmir, on the coast of the Aegean Sea, which were filled with material that isn’t capable of floating. Just days earlier, two boat filled with refugees capsized in the Aegean Sea, resulting in the death of at least 21 people. The boats’ drowned passengers later washed up on the beaches of Turkey.

The Sydney Morning Herald reports that an additional 300 life jackets were seized from people who had already bought them. Upon closer inspection, the life jackets were stuffed with material that makes the person wearing it more likely to drown:

Sait Guderoglu, one of Turkey’s top life vest producers, told the newspaper that these fake life vests can endanger wearers even more than no vest at all.

“Such life jackets are made of backpack material and filled with sponge and because sponge is hydrophilic [water absorbing], it drags people down and causes them to drown,” he said.

In an attempt to convince buyers, shops sell jackets branded with the word “Yamaxa”, a misspelling of the Yamaha brand, whose products cost about twice as much as a fake. Trade is so high that some shoe and clothes shops sell life jackets as their primary products.

“We only sell two or three pairs of shoes a day,” one shop assistant told the Guardian in November. “But we’re still selling between 100 and 300 life jackets. In the summer sometimes it was a thousand – the factories couldn’t keep up.”
Since the beginning of last year, over 1 million refugees, mostly from war-torn nations like Syria and Libya, have crossed into Europe. 700,000 of those refugees arrived via the Mediterranean Sea. The latest data from the United Nations shows that over 120,000 refugees arrived at the Greek island of Chios — just across the water from Izmir — in 2015. In the exodus of refugees from the Middle East and North Africa from January of 2015 to today, the Mediterranean and Aegean Seas claimed at least 3,771 refugees.

Watch video of the police raid on the Izmir factory below: