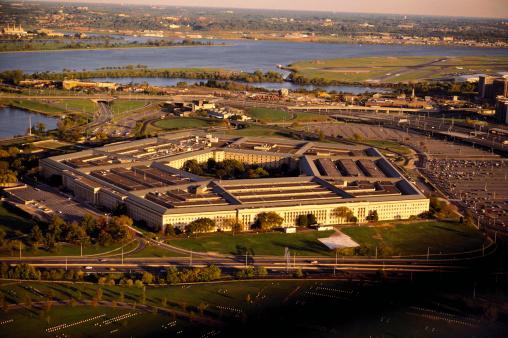 Watch Henry Cavill Punch Jimmy Kimmel in the Face
The World’s Best Feng Shui Mansions Promoted
The World’s Best Feng Shui Mansions
Recommended by
With the national debt officially over $19 trillion, you’d think the Republican-controlled Congress would finally begin to make good on all that talk about cutting spending and shrinking government. One easy option to get them started can be found in the Department of Defense’s recently released 2017 budget proposal: Shut down unnecessary military bases that are costing Americans big money without making us any safer.

The Pentagon has been begging to close excess facilities for years, but Congress has repeatedly nixed the Pentagon’s requests to begin a new round of Base Realignment and Closure (BRAC), the process by which unnecessary bases would be shut down. In the $1.1 trillion omnibus spending bill passed at the end of last year, Congress even added language to specifically prohibit the Department of Defense from putting any money toward the effort.

Could we expect common sense on this subject from a possible new GOP president? Think again. Both Marco Rubio, who recently dropped out of the race, and Ted Cruz have repeatedly joined their congressional colleagues in denying the Pentagon’s BRAC requests. As for the Republican frontrunner, Donald Trump—well, at least all those bankruptcies got him used to selling properties he can’t afford to keep.

And to say these are properties our military can’t afford to keep is an understatement.

“We’re avoiding $2.9 billion in expenses every year from the BRAC rounds we’ve already done,” explains Lt. Gen. John Cooper, the deputy chief of staff for logistics, engineering and force protection for the Air Force. “We have too much [property], it’s too old and it’s too expensive.”

In fact, since 1997 the Government Accountability Office has designated the Pentagon’s property management a “high risk” program which is unusually vulnerable to “fraud, waste, abuse, and mismanagement.” One of its main recommendations: Get rid of excess infrastructure. Appallingly, some of the bases the office says the Pentagon should unload stopped being useful to the military in the 1960s.

All told, the Pentagon estimates that as much as 30% of its infrastructure may have outlived its usefulness. That staggering figure makes congressional obstinacy about the most recent BRAC request, which asked to close a mere 5% of Defense Department holdings, all the more bizarre.

Of course, the more cynically minded might suggest that congressional disinterest in trimming the fat has more to do with reelection campaigns than practical defense priorities. “Congressmen don’t want bases closed in their districts, it’s as simple as that,” argues Gordon Adams, a foreign policy professor at American University.

But the Pentagon is so desperate to slim down that it has announced its intention to “explore any and all authorities that Congress has provided to eliminate wasteful infrastructure,” even without congressional collaboration.

While concern about local economic effects of base closures is understandable, the fact that the Pentagon has such a fire in its belly to close bases is indicative of just how badly this restructuring needs to happen to maintain an agile, effective defense. After all, we are talking about federal agency here. When even the government admits a diet is in order, it’s long past time to start tightening that belt.