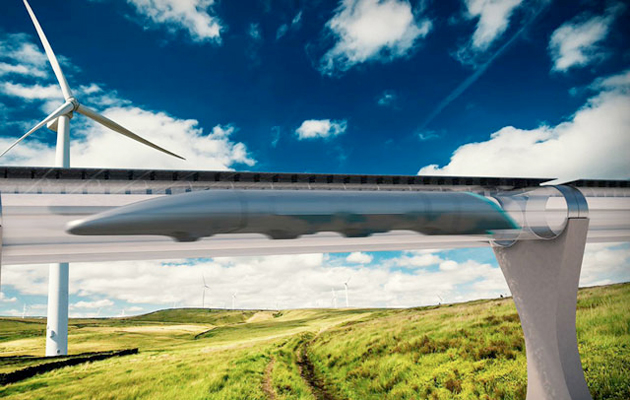 The Hyperloop Transportation Technologies (HTT) team has officially launched the construction of the world’s first hyperloop, which is set to be revealed at an HTT center in Toulouse, France. The hyperloop was first envisioned by billionaire Elon Musk, who apparently came up with the idea in 2013 before seeking the help of other creative people.

“When we started out a lot of people said this is not do-able,” said HTT CEO Dirk Ahlborn. While HTT is not affiliated with Elon Musk’s SpaceX, they were presumably inspired by Musk’s ideas. Either way, it now seems like HTT could be a company that bankrolls off an idea previously labeled impossible.

The news that this technology will now be constructed in France comes after the successful test of said technology in May of 2016, a test that showed how the hyperloop is capable of traveling from 0-135 MPH in just 1.9 seconds. The top speed of a hyperloop pod is reported to be an astonishing 750 MPH, right below the sound barrier.

To put this into perspective, the top speed of a Boeing 707 is around 627 MPH. With a Hyperloop, you could travel from Los Angeles to San Francisco in just 30 minutes, as compared to a standard commercial airliner, which takes on average 90 minutes to cover the same distance.

The technology, which works much like the pods featured in The Jetsons, uses an electric motor and a pod levitated by magnets. The pod is then airlocked in a cylindrical container, which launches passengers at speeds around that of a commercial aircraft.

For more information on the Hyperloop, attached below is a video of the transportation technology:

The United Arab Emirates (UAE) agreed to a deal with HTT in November in order to conduct a “feasibility study” in terms of having their own hyperloop that connects the cities of Abu Dhabi and Dubai. Attached below is another video which shows us an artist’s rendering of what the Hyperloop system will look like in Dubai if they choose to finalize plans for construction.

It has been asserted by some that the Hyperloop will emerge as the world’s “fifth mode” of transportation, effectively leaving cars, trains, planes, and boats in the realms of history. However, until there is widespread investment and use of this technology throughout the world, such a claim remains to be seen.