Court Rules President Can Use Drones To Assassinate American In Secret. 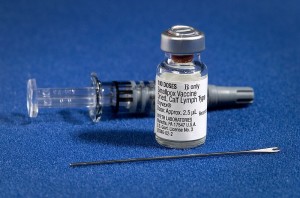 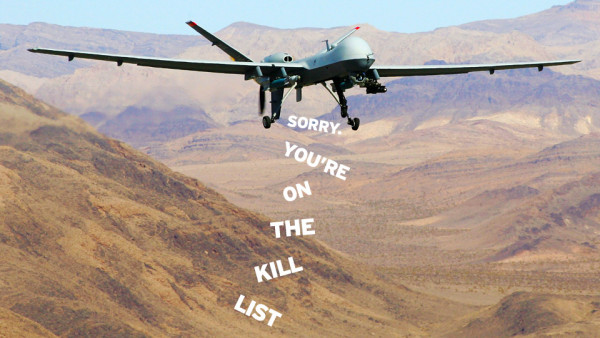 Washington D.C. — While much of the media has focused on the recent violence in Paris, Georgia, and San Bernardino, as well as the escalating conflicts in Iraq and Syria, another profound and troubling domestic issue seems to have been overlooked.

Indeed, the issue at hand was first reported on November 24th — and covered for roughly a day — before it was quickly forgotten in the daily barrage of news stories. But we should not be so quick to dismiss the possibility of a future president (maybe one with fascist leanings?) choosing to exercise “targeted killings” against the American public. This practice, of course, is embodied by the Obama administration’s program of assassinating individuals suspected of terrorism, also known as the “disposition matrix.”

The Washington Post first reported on the disposition matrix in 2012:

“Over the past two years, the Obama administration has been secretly developing a new blueprint for pursuing terrorists, a next-generation targeting list called the ‘disposition matrix.’

The matrix contains the names of terrorism suspects arrayed against an accounting of the resources being marshaled to track them down, including sealed indictments and clandestine operations. U.S. officials said the database is designed to go beyond existing kill lists, mapping plans for the ‘disposition’ of suspects beyond the reach of American drones.

“Although the matrix is a work in progress, the effort to create it reflects a reality setting in among the nation’s counterterrorism ranks: The United States’ conventional wars are winding down, but the government expects to continue adding names to kill or capture lists for years.”

For the last four years, New York Times journalist Charlie Savage has waged a legal battle against the Obama administration, seeking to reveal the government’s legal justifications for assassinating terror suspects without a trial. Specifically, Savage sued the Obama administration in an attempt to obtain details about the murder of al-Qaeda affiliated cleric, Anwar al-Awlaki. Al-Awlaki was born in New Mexico and eventually found himself on the U.S. government’s radar under suspicion of terrorism.

On September 30, 2011, drones sent by the CIA and Joint Special Operations Command flew into Yemen and bombed al-Awlaki and al-Qaeda propagandist, Samir Khan. The case drew public criticism not only because al-Awlaki was an American citizen, but because several weeks after his death, another American drone killed al-Awlaki’s 16-year-old son, Abdulrahman. He was also a U.S. citizen living in Yemen.

“This appeal, like the prior one, primarily concerns whether documents considering such lawfulness must be disclosed,” Judge Jon Newman wrote for the panel.

“We strongly disagree that these crucial legal memos can lawfully be kept secret. In a democracy, there should be no room for ‘secret law,’ and the courts should not play a role in perpetuating it,” Jameel Jaffer, Executive Director of the ACLU, told Courthouse News.

Advertisement
?
The ACLU also stated the decision “[would] not be the last word in the ACLU’s quest for transparency surrounding the government’s targeted killing program.” It announced the release of an infographic (see below) that explains the dangers of the assassination program.

There is a real possibility that an American president could use this program on American soil to eliminate individuals who have been deemed “terrorists” or “extremists.” While some may scoff at the notion, thereareAmericans who currently support curbing civil liberties and human rights for groups of people who hold certain religious — and even political — beliefs. This is all driven by fear, nationalism, and xenophobia, which the media and political pundits are more than happy to exploit.

If the free people of this land wish to expose the tyrants and psychopaths in the American government, they should start by reducing their reliance on the institutions they oppose. Remove yourself from this crumbling empire and all its machinations. Keep fighting to shine light into darkness and expose government secrecy. In the end, truth always wins.

This article (Court: Obama Can Continue Assassination Program in Secret, Even Against Americans), by Derrick Broze, is free and open source. You have permission to republish this article under a Creative Commons license with attribution to Derrick Broze and theAntiMedia.org. Anti-Media Radio airs weeknights at 11pm Eastern/8pm Pacific. If you spot a typo, emailedits@theantimedia.org.