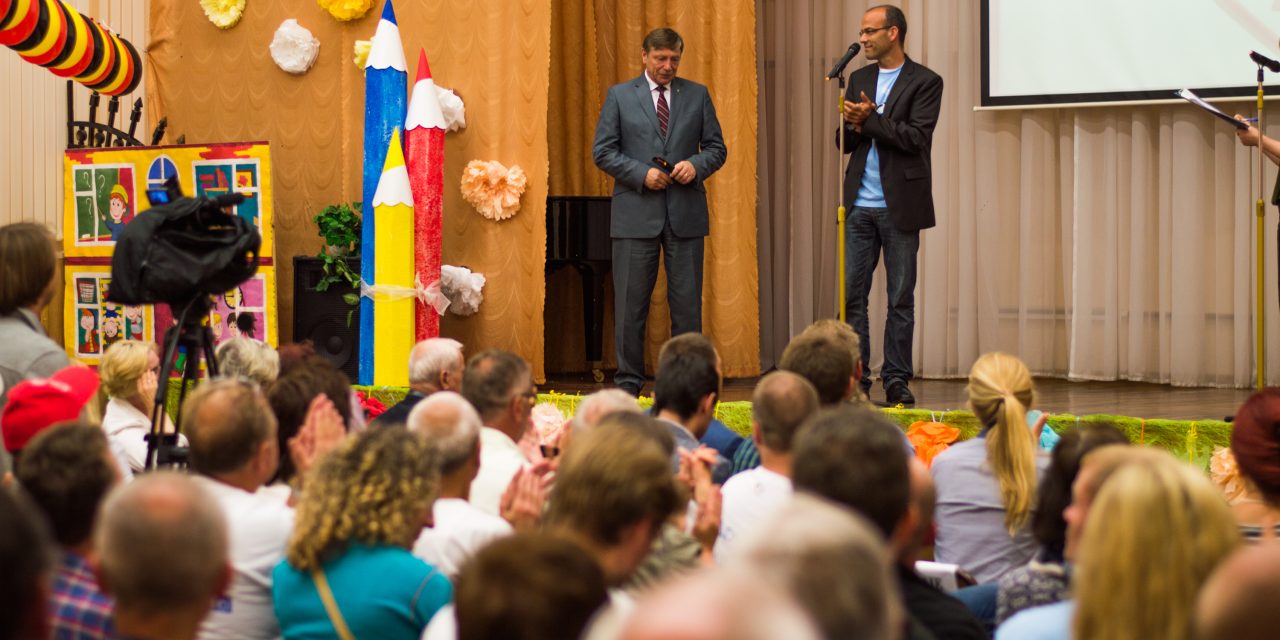 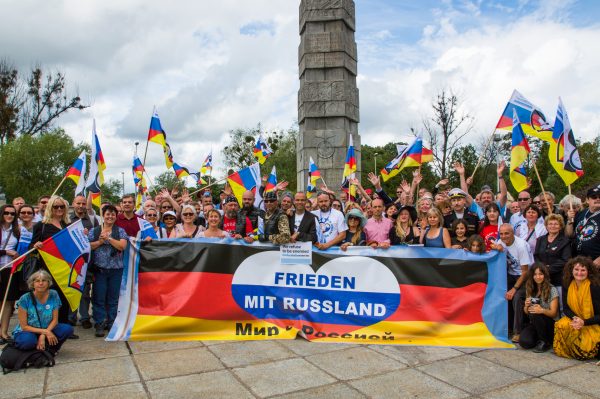 It is the eighth day of the Tour for Peace.

The journey began August 7th in Berlin with 235 people to promote friendship and peace between the Russian and German people. “Druschba” means friendship, therefore the organizers chose this name for their tour.  The Tour for Peace is currently between St. Petersburg and Moscow.

With a successful starting event in Berlin the tour took off, went through Poland and arrived in Kaliningrad on August 8. In the next week the activists will visit cities like Riga, Pskov and St. Petersburg. 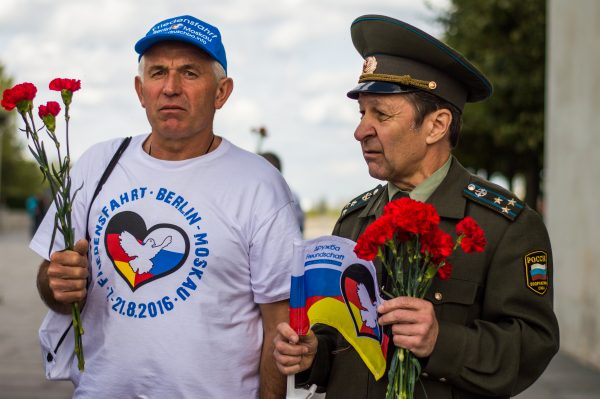 The schedule for the participants, organizers and initiators is packed with memorial events, concerts organized by locals, meetings with politicians and other Russian officials as well as other events where Germans and Russians get to know each other. Touring through eastern Europe, with a schedule like that and borders to cross, is no holiday at all. My personal experience as a reporter has been great so far, but you have to tolerate a lack of sleep and even food sometimes, because you are constantly running from event to event.

The Russian people – adults, teenagers, kids and even grandparents, who experienced the war as soldiers or in concentration camps so far loved the operation. At the memorial events people from both sides are being respectful towards the other nation. The Russians have huge memorials for the fallen soldiers and civilians of World War II. It is said that every Russian family has had losses during that time. Over 27 million Russian are supposed to have died in the conflict with Germany. 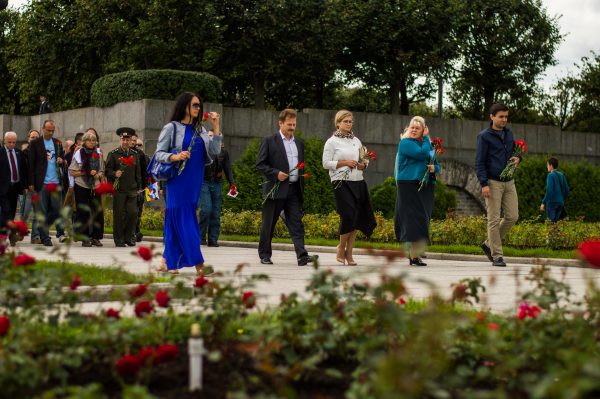 Surprisingly the convoy was even welcomed in the Balkan states, where some feared the tour would encounter enemies of the idea of European friendship with Russia. In Lithuania, participants planned an unannounced protest at a NATO air base as one of the initiators got a call from the Lithuanian police, who offered to escort the convoy to the air base. Contrary to what the media in Germany tells you about the relationship between those smaller states and Russia, the citizens at least did not seem to be heavily against the initiative.

For the participants of the Tour for Peace and the Russian people it has been a lot of joy experiencing each other. Everywhere the tour went, they were treated with some food, got invited to concerts or simply sat together with locals and tried to communicate or made music with them. Very few Russians speak English, which makes it tough to communicate in smaller cities where tourism is usually very low. Therefor,e we are lucky to have some people who can speak Russian. For me that is very important, because I want to get Russians in front of my camera to interview them for a documentary I am filming.

At the borders, especially between Kaliningrad (Russia), the Balkan States and Russia, participants had to be very patient.The convoy had to go through border crossings, which literally took some of the cars up to 7 hours. On the other hand, the long waits at the border was also a time where participants of the tour really had time to speak and get to know each other as well. At the border from Kaliningrad to Lithuania, two participants started to give dance lessons as the sun was setting over the river Memel. 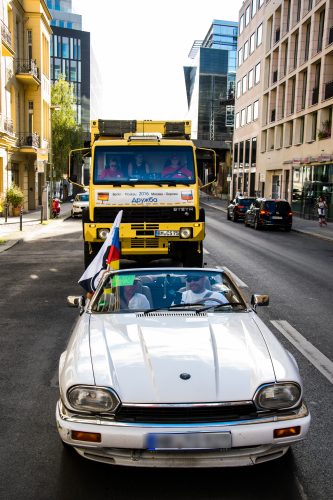 When I talk to participants who have been activists for many years, being on the streets in Germany with up to 10,000 people against the Federal Reserve or even half a million people against the TTIP, I always hear that this tour is the first time that they really feel like they are making a significant change in the world. No one seems to regret their participation or seems in a bad mood because of the tight schedule. Most people really seem motivated for the days left, as the convoy is moving towards Moscow, where they will arrive August 15th.

For more information, as well as constant live updates on the tour, check out www.gernalist.org