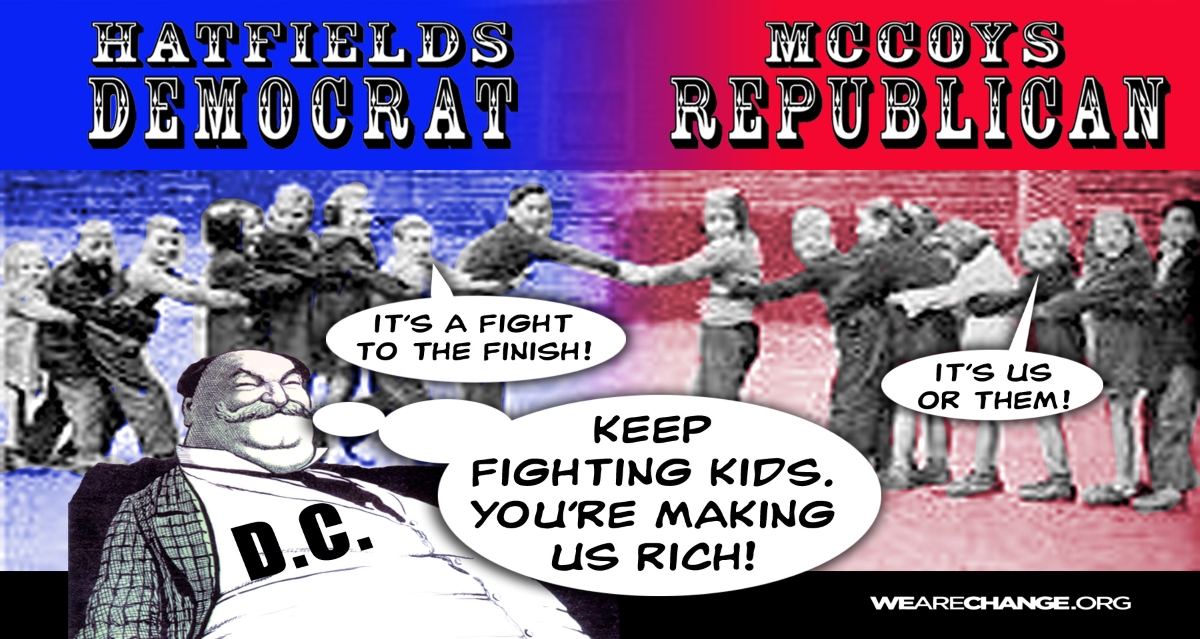 “Corporations are driving our country to disaster after disaster like a homicidal masochist driving an MRAP.” ~ Eleanor Goldfield

In the latest episode of Act Out! host Eleanor Goldfield reveals corporate “double dipping,” when corporations sponsor, and influence, both Republicans and Democrats.

“We plebes believe there are two parties, but as you climb the ladder, the aisle gets smaller and smaller until you dead end in the same lap of this all powerful being … Although there are some differences between their policies, a look at their corporate donors reveals that the Democrats and Republicans are just one party, indivisible, under money.

Eleanor Goldfield is a activist, writer, and singer. She created the site Art Killing Apathy and is the host of Act Out! on Occupy.com. More articles by Ele here. Here’s What You’re Not Supposed to Know About Propaganda