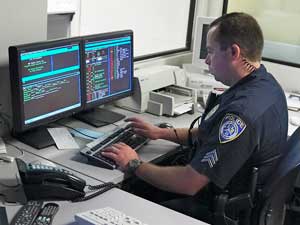 The problem involves the National Crime Information Center, a database used by tens of thousands of law enforcement agencies across the country to catch criminals, recover stolen property and identify terror suspects. Its users seek information on stolen guns and cars, fugitives, sex offenders and other subjects.

Denver Police Department policy warns its roughly 1,400 officers that they can be criminally prosecuted for using the database and its Colorado equivalent for personal reasons.

But abuses continue, in part because the light sanctions aren’t enough to deter future misconduct that could erode community trust in police and put lives in danger, Independent Monitor Nicholas Mitchell wrote.

Sponsored Links
Why We Should Be Thanking China For Slowing Down
Investment Week
Is it the beginning of the end for Apple’s strong run?
Investment Week
Mitchell said 25 Denver officers have been punished for inappropriate use of the databases since 2006. Most of them received reprimands rather than the harsher penalties some police agencies impose for the same offense. None of the 25 was charged with a crime.

Denver public safety officials disputed the report, saying improperly accessing the database can result in the firing of an officer depending on the situation.

Yet none of the Denver officers punished for doing so in the past 10 years received anything harsher than a three-day suspension, which was imposed because of prior, unrelated discipline rather than misuse of the database, according to Mitchell’s report.

The Denver cases include an officer who looked up the phone number of a hospital employee with whom he chatted during a sex assault investigation and called at home against her wishes.

Another officer ran a man’s license plate seeking information for a friend, who then began driving by the man’s house and threatening him, according to the monitor’s report.

It’s unclear how widespread the problem is, but the cases show a need for stronger punishment, Mitchell said.

The Denver Police Department does not conduct audits on specific officers’ use of the database, but it does investigate complaints of abuse, spokeswoman Daelene Mix said.

Such abuses occur in departments across the country and sometimes result in firings or criminal charges.

A New York detective was sentenced to four months in federal prison in 2014 after pleading guilty to crimes including using the NCIC database to look up personal information about fellow officers without their knowledge.

Another New York officer convicted in a bizarre plot to kidnap and cannibalize women used the database to compile dossiers on women that included detailed personal information, prosecutors said during his trial.