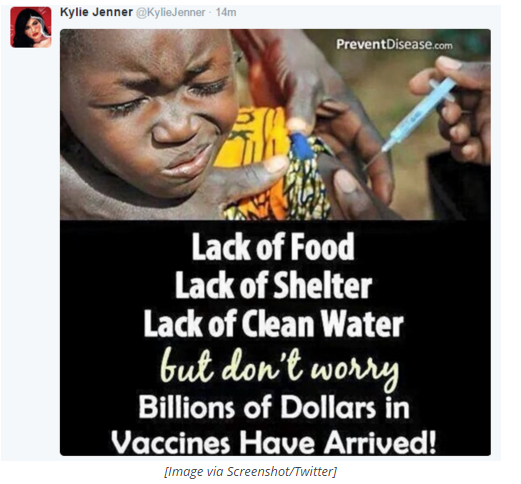 Kylie Jenner is a big deal on Instagram and Twitter. Being honest, I don’t know all that much about her other than she has a reality TV show and indulges in lots of selfie taking. That’s life far removed from my own. But Kylie may have just taken her life a step closer to a lot of ours. Kylie posted an anti-vaccination meme, and the Internet lost it’s collective mind (in an appalling way of course). 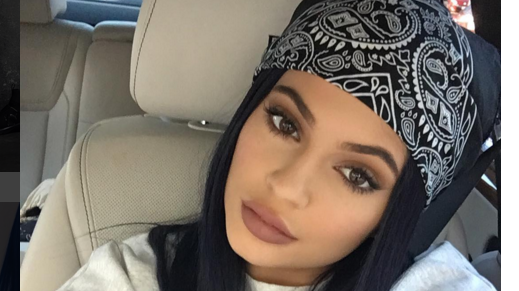 That’s a screencap because Kylie was forced to remove the image after severe internet backlash and bullying towards her began occurring.
It deeply saddens me that we now live in a day and age that doesn’t allow us to have differing viewpoints on a variety of matters. I am also disappointed that she removed the post. However, she is young and concerned about her image and her celebrity (which is her job). In the end, people bullying her is nothing more, than, well, bullying. And it (bullying) is a more condemnable offense than someone having an opinion you might not agree with. This is why Jessica Beil and Justin Timberlake remain closet anti-vaxxers.
Read More