In Denver It’s Now Illegal To Sit Down In Public 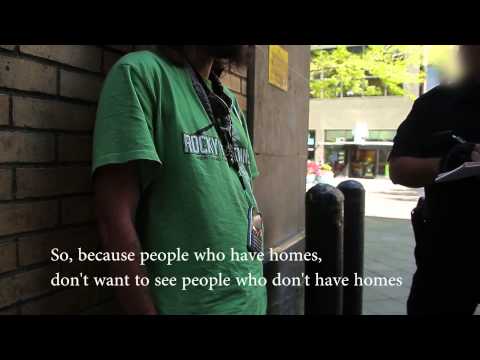 In a video posted on YouTube today titled ‘You Won’t Believe What This Police Officer Says’, a man is seen getting a ticket from a police officer for sitting down in public. In the video, the police officer approaching the homeless man that was ‘illegally’ sitting down said,

What has become a sort of war on the homeless that actually just makes it harder for people to get off the streets, homeless people across the nation are being targeted by authorities which are in the process of criminalizing homelessness. Buried under a paper bureaucracy which is often nearly impossible to get out from under, I’ve witnessed homeless people here in San Diego who literally have stacks of citations for merely sleeping on the streets. Add to that a ban on feeding homeless people in some areas and we have a largely ignored, but real problem on our hands.