Did The Mayor Of Los Angeles Just Poison The Entire County’s Water Supply? 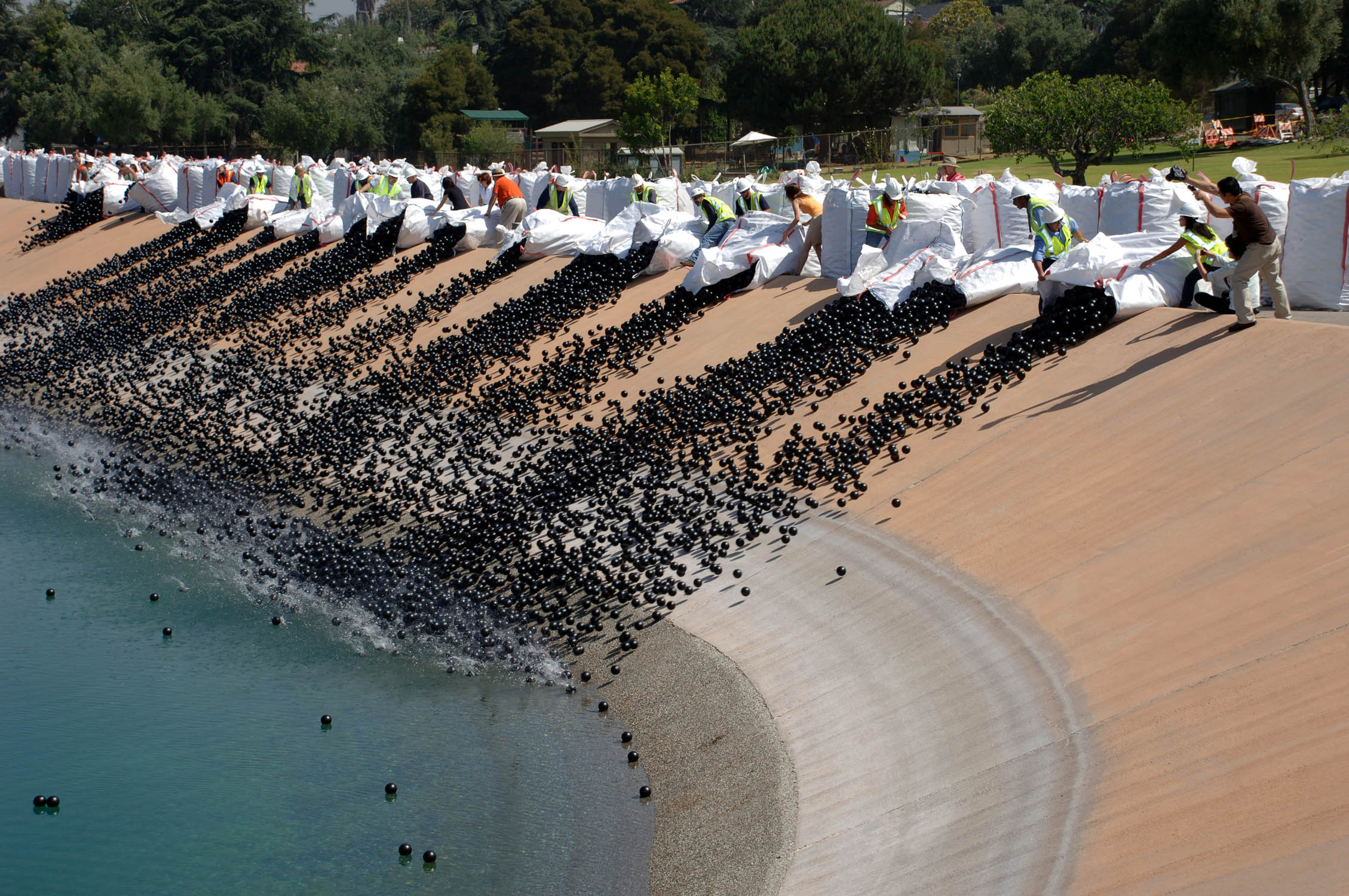 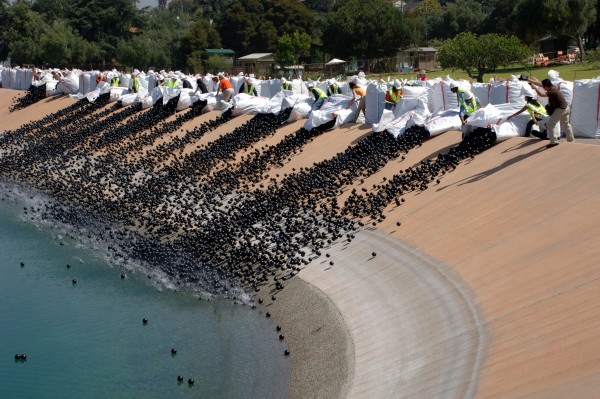 The balls being used in Los Angeles are made of high density polyethylene and are coated with a chemical UV blocking agent, state officials claim the black balls will reflect the suns energy, they will also protect the water from dust, rain, birds and and chemical reactions caused by additives (fluoride and chlorine) put in the water, It is also expected to keep about 300 million gallons of water from evaporating each year, they also claim  that they will not leach chemicals or affect water temperatures.

Retired LADWP biologist Brian White is the brainchild behind the use of the shade balls for water protection, the concept coming to him when he learned about the application of “bird balls” in ponds along airfield runways.

This 34 million dollar “experiment” is Mayor Garcettis response to California  Gov. Jerry Brown declaring the water crisis a state of emergency in January, 2014, Critics claim the water shortage in california is due to mismanagement of resources by local government.

Nathan Krekula, biologist and operations manager at Wisconsin Diagnostic Laboratory warned, “I don’t believe that in the long run this provides a good strategy in protecting the water. I believe that this will increase evaporations due to a greater surface area as well as providing a great place for bacteria to have a nice environment to grow protected from UV light that kills it. This system will require greater levels of water treatment that in the long run will require more money to ensure public safety.”

This “shade ball” technique has yet to be thouroughly tested and the long term effects are unknown at this time. The fact that California officials are willing to spend 34 million dollars to test out a unproven method may give you a indication to why the state is $263 billion dollars in debt, which is about half the debt of the country of Greece.