From Dishwasher to Restaurant Owner, Haitian-American Succeeds With Help of Stranger 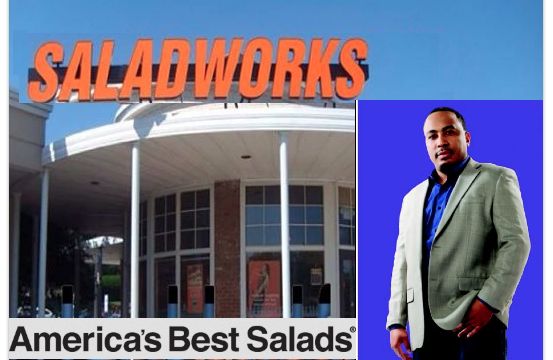 A hopeful 20-year-old Haitian immigrant was brought to the United States in 2000 by his father, a taxi driver in Philadelphia. But with no English skills the young man had no better luck here finding a job than in his impoverished homeland.

One day, when nearly all hope was lost, his father told a passenger about Ricardeau’s difficulty finding employment.

The stranger told the cab driver to have his son meet him outside the Saladworks restaurant, where he knew the owner. When Ricardeau Scutt showed up, the kind stranger walked him inside and introduced him, and he was given a job as a dishwasher.

Through studious hard work at the restaurant and in ESL English courses at the Community College of Philadelphia, the young man progressed quickly toward success in his adopted country. At Saladworks, Ricardeau advanced within three years to become the general manager. He also became a proud U.S. citizen while supporting his family both in Philadelphia and back in Haiti.

His hard work really paid off in November after Saladworks executives entered him in a Food Network hidden camera reality show and he won. Without even knowing he was being judged, he was rewarded with his own Saladworks franchise in the Andorra section of Philadelphia.

In the end, it was through his own hard work that Ricardeau earned success, but he holds a debt of gratitude for the kind man in the taxi who went out of his way to do a favor for a stranger.