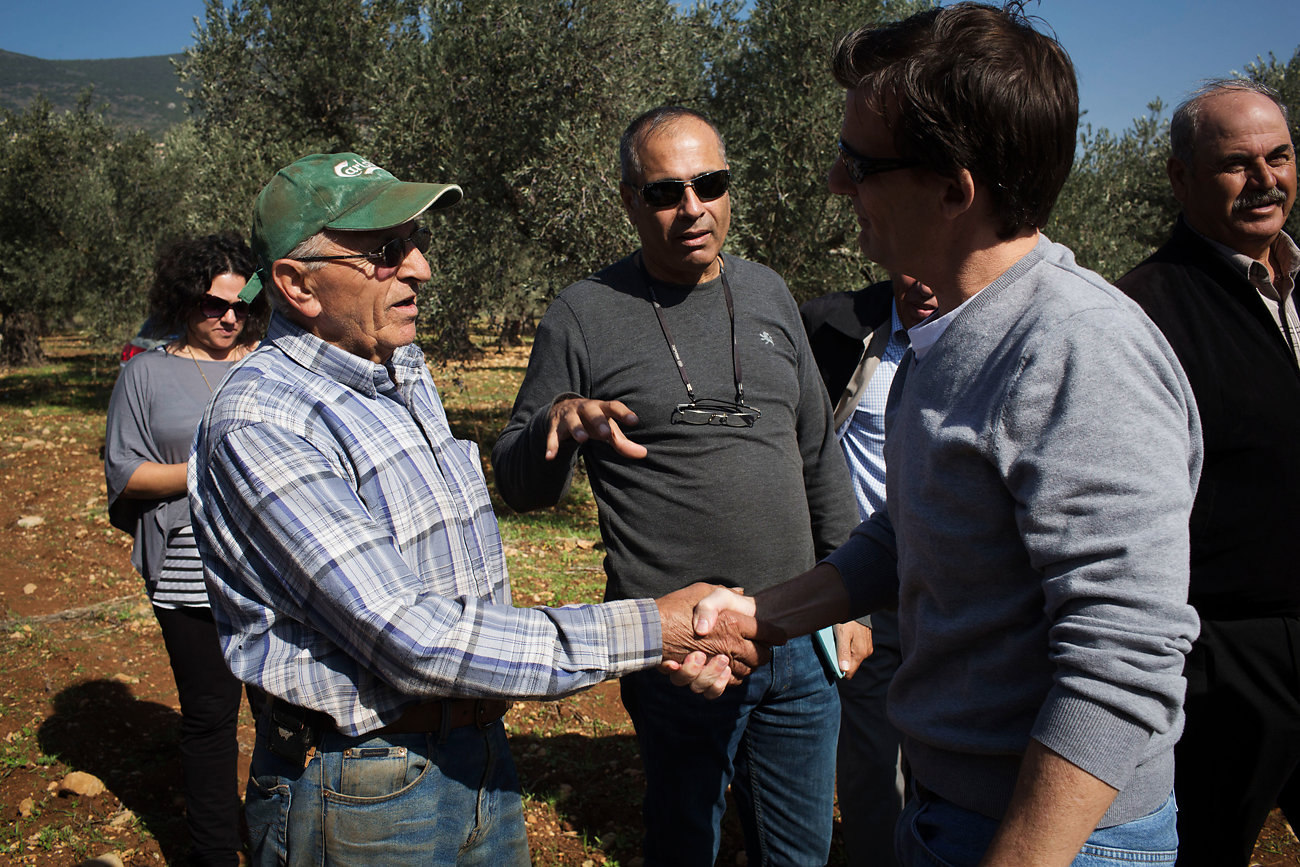 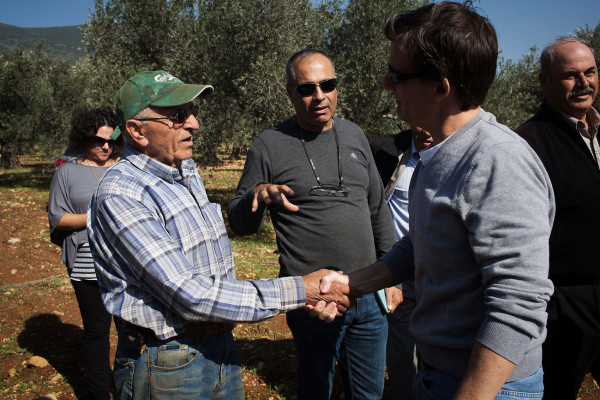 “There is no real border between Israel and Palestine,” says Muhammad Hamudi, an olive farmer and olive oil producer from Asira al-Shamaliya, near Nablus in the West Bank. He has been working with the ongoing USAID-funded project Olive Oil Without Borders (OOWB) since its inception in 2011. Hamudi is in his mid-50s, with smiling eyes and palms so big an olive looks miniscule in them. “Today the border is here, tomorrow it will be there. The olive oil market has no borders as well. The bridge to the global market is the same bridge for everyone.”

OOWB is a collaborative economic initiative among 34 olive oil farming communities in Israel and the West Bank. It is spearheaded by the Near East Foundation (NEF), a 100-year old nongovernmental organization working on economic development among poverty-stricken communities throughout Africa and the Mideast. The initiative is funded by USAID, which provides financial and operative assistance to foreign nations and regions in need. The program has been successful enough that USAID has just granted OOWB its second $1.2 million round of funding, expected to serve some 2,000 Palestinians and Israelis working in the olive oil business over the course of three years.

Hamudi is one of the project’s success stories, points out Salah Abu-Eisheh, NEF country director for the Palestinian Authority. “During the three-year run he has tripled his production, improved significantly the quality and purity of his olive oil, and increased his income.” Hamudi smiles when he hears Abu-Eisheh say this. “NEF helped me achieve a sustained level of productivity,” Hamudi says. “No more bad years and good years; now I am in control of the yield.”

This success is due in large part to direct grants farmers like Hamudi received for purchasing modern equipment, renovating facilities (such as mills), and planting new varieties of olive trees. The rest of the USAID funding goes to conducting seminars and hands-on workshops led by industry consultants, from agriculture and olive oil production to business management and marketing.