DNA from GMOs can pass directly into humans, study confirms 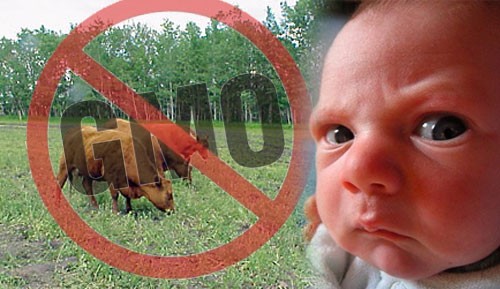 (NaturalNews) The idea that DNA from genetically modified organisms (GMOs) is broken down in the digestive tract and rendered innocuous, a common industry claim, is patently false. A recent study published in the scientific journal PLOS ONE found that large, meal-derived DNA fragments from GMOs are fully capable of transferring their genes directly into the bloodstream, deconstructing the myth that transgenic foods act on the body in the same way as natural foods.

A combined analysis of four other independent studies involving more than 1,000 human samples and a team of researchers from universities in Hungary, Denmark and the U.S. looked at the assimilation process for GMOs as they are currently consumed throughout the world. This includes derivatives of GM crops such as high-fructose corn syrup (HFCS) from GM corn, for instance, and soy protein from GM soybeans, as well as meat derived from animals fed a GM-based diet.

After looking at the data on how the human body processes these and other forms of GMOs, the team discovered that DNA from GMOs is not completely broken down by the body during the digestion process. What would normally be degraded into smaller constituents like amino acids and nucleic acids was found to remain whole. Not only this, but these larger DNA fragments were found to pass directly into the circulatory system, sometimes at a level higher than actual human DNA.

“[B]ased on the analysis of over 1000 human samples from four independent studies, we report evidence that meal-derived DNA fragments which are large enough to carry complete genes can avoid degradation and through an unknown mechanism enter the human circulation system,” explained the authors in their study abstract.

“In one of the blood samples the relative concentration of plant DNA is higher than the human DNA.”

This is an astounding discovery that proves false claims made by Monsanto and others that GMOs are no different from non-GMOs as far as the body is concerned. Monsanto even claims on its “Food Safety” page for GMOs that the DNA from GMOs is “extensively digested” and “present[s] no hazards,” both of which have now been shown to be lies.

The presence of transgenic genes in the small intestine was also found to affect the composition of beneficial bacteria, which are responsible for protecting the gut against foreign invaders and helping the body absorb nutrients from food. Individuals with ileostomies, or perforations in their abdominal walls as a result of surgery, were found to literally be harboring full DNA sequences from GMOs in their intestinal tracts.

None of this is really all that surprising, of course, as the biological activities behind how GMOs are processed by the human body have never been legitimately studied. Biotechnology companies have always just claimed that GMOs are the same as real food, without any evidence to back this up, and this has been enough for the government to keep them on the market for nearly 20 years.

“One small mutation in a human being can determine so much, the point is when you move a gene, one gene, one tiny gene out of an organism into a different one you completely change its context,” said David Suzuki, co-founder of the David Suzuki Foundation. “There is no way to predict how it’s going to behave and what the outcome will be.”

Visit GMOs.NaturalNews.com for more information and breaking news on this subject.