Don’t make women register for the draft. Just end draft registration for everyone. 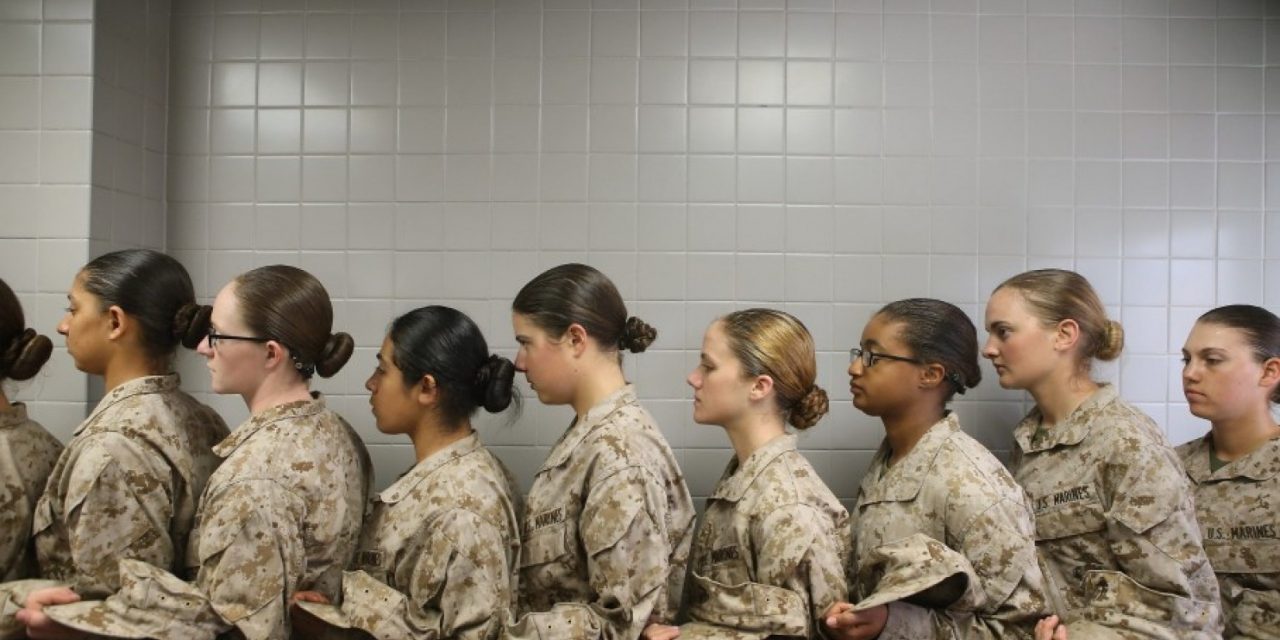 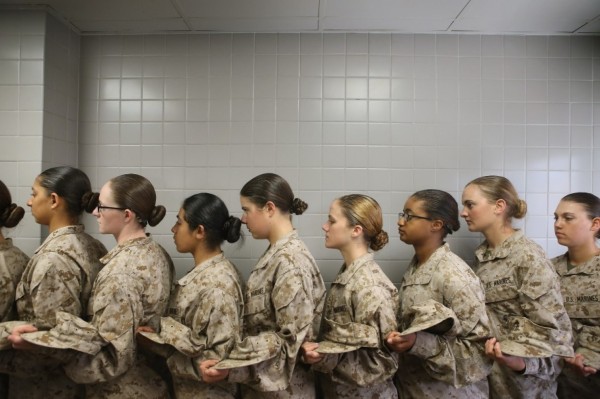 Our military is all-volunteer for a reason. Time to end the pretense that we still need Selective Service.

Marine recruits stand in line for lunch in the boot camp chow hall Feb. 26 at Marine Corps Recruit Depot, Parris Island, S.C. (Scott Olson/Getty Images)
Top military brass made headlines this week when they called for expanding the Selective Service System — as close as we come, these days, to a draft registry — to include women. Gen. Mark A. Milley, the Army chief of staff, and Gen. Robert B. Neller, the Marine Corps commandant, both framed the issue as a matter of fairness: All eligible U.S. citizens should be included, Neller said, “Now that the restrictions that exempted women from [combat jobs] don’t exist.” But a better idea than requiring women to register is to do away with Selective Service altogether, for women and men.

[Army and Marine Corps chiefs: It’s time for women to register for the draft]

When it comes to the draft, or any lingering vestige of it, it’s time for Congress to end it, not mend it.

The entire draft architecture is anachronistic and unnecessary. We’ve operated with an all-volunteer force for decades; no one, regardless of gender, expects that they’ll be drafted; and the wars that we fight don’t depend upon conscription. Future wars aren’t likely to, either.

Selective service was instituted during World War I, but America’s first peacetime draft, the Selective Service Act of 1940, was enacted as much of Europe and parts of Asia descended into the maelstrom of another world war. Many Americans wanted desperately to stay out, but also understood the need to prepare for it. All told, around 10 million men were drafted during World War II, but the act expired after the war ended.
At a Senate committee hearing on Feb. 2, Sen. Claire McCaskill (D-Mo.) asked top military leaders if women should have to sign up for the selective service now that combat jobs are opening up to them. This is what they said. (Gillian Brockell/The Washington Post)
Selective service started up again in the late 1940s, but notably did not include President Harry Truman’s call for universal military training. Selecting some men via the draft provided the military with the troops it needed to prosecute the wars in Korea and Vietnam. But the idea of forcing all men to serve during peacetime never took hold because the requirements of those wars never called for 10 million-plus men to fight them. The selective nature of the draft exposed the system to charges of unfairness, particularly with respect to exemptions given during the Vietnam era for those able to ride out the war as college students, but it still made more sense than the alternative: compelling every man to serve in a military that didn’t need them.

Compulsory service is even less essential today. America’s wars of the post-conscription era have been fought by far smaller forces, and our mixed track record in those conflicts hasn’t been a function of the number of available troops. Rather, the inability to achieve decisive victory in places like Iraq and Afghanistan reflects the inherent difficulty of nation-building, and our body politic’s understandable weariness with open-ended and costly missions in distant lands. Although in the wake of Paris and San Bernardino, there’s been an uptick in public support for deployment of additional ground troops to combat the Islamic State, having a draft, with one or both sexes, is unlikely to make the public more supportive of large-scale, decades-long wars.

Meanwhile, a draft would likely reduce the military’s fighting effectiveness. Today’s force is uniquely capable precisely because it is comprised entirely of volunteers, men and women who choose to join the military for a variety of reasons, including the desire to serve their country, but also because of the exceptional opportunities and benefits available to those in uniform. Overall compensation for troops is more than competitive relative to their comparably skilled peers, and Americans are willing to invest in their professional development because we are confident that many of them will remain in service long enough for our investment to be worthwhile. By contrast, draftees of the ’40s, ’50s and ’60s weren’t expected to stick around after their obligation expired, and thus received minimal training. A conscripted military might be larger, but it wouldn’t be better.

I appreciate the sentiment argued for years by Rep. Charles Rangel (D-N.Y.) — himself a Korean War combat veteran — that a draft would “compel the public to think twice before they make a commitment to send their loved ones into harm’s way.” But the idea that the all-volunteer military explains Washington’s propensity to go to war, or that a draft would force policymakers to rethink their interventionist impulses, overlooks the fact that few, if any, of our conflicts in the first two decades of the post-conscription era could be considered protracted ground wars, and likewise cannot explain why other countries around the world with volunteer militaries are far less war-prone than we.

Consider, also, one lesson of the Vietnam War. It may be true that self interest drove some men with other priorities to oppose that war, and that the draft, therefore, helped hasten the war’s end. On the other hand, the existence of a draft actually made it easier for President Lyndon Johnson to dramatically increase the size of the U.S. ground commitment in Vietnam with little public debate. The protests came too late to prevent more than 58,000 names from being carved into that memorial on the Mall.

Finally, it is highly unlikely that we’ll face threats that require troop deployments on a scale that would necessitate another draft. Policymakers in Washington have chosen to fight wars in the Middle East with smaller, more nimble and highly-trained special operators, along with air power, manned and unmanned, in part because the capabilities are available to them, but mostly because these wars do not engage vital U.S. national security interests or threaten our survival.

In the event that a mass-conscripted army was ever again required to defend our country from attack, Congress could immediately pass a law to make that happen. But any notion that today’s Selective Service System is what stands between us and military defeat is absurd. And the push to expand combat roles to women signals that more, rather than fewer, Americans are willing, voluntarily, to do their part to defend this nation. We should take this opportunity to recognize that we can get rid of the draft altogether.