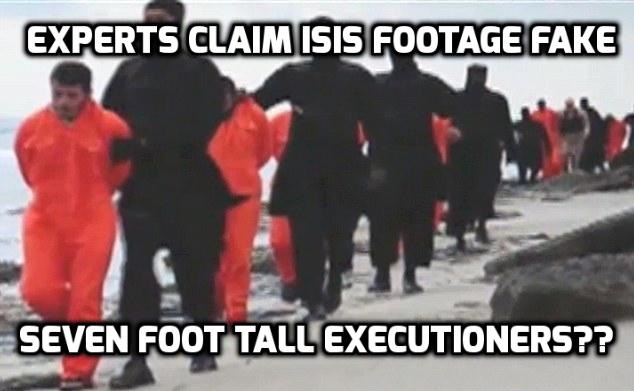 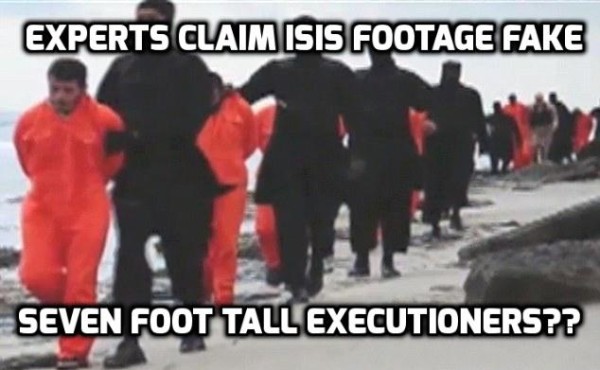 Parts of a sickening video released by Islamic State militants that shows members of the terror group beheading 21 Coptic Christians have been faked, experts have claimed.

The footage, which lasts five minutes, shows the Egyptian Christians dressed in jumpsuits being marched one by one along a lonely beach, each held by a fighter clad in black.

The captives, their faces uncovered, are made to kneel before being forced to lie down. The masked jihadists then behead them simultaneously.

While experts believe the men were killed by the terrorists, questions have been raised over whether some scenes – including one where the militants appear to be 7ft tall – have been manipulated.

There are also doubts as to whether the men were all murdered on the beach and whether they were all killed at the same time.

It is thought sections of the footage might have been shot on a ‘green screen’ in a studio – a technique used in Hollywood blockbusters – and that the beach background was added at a later stage.

Veryan Khan, of the Florida-based Terrorism Research and Analysis Consortium, told Fox News that there are several technical mistakes in the video that show it was manipulated.