FIRST AMENDMENT? Lawmakers In Arizona Wanted To Be Able To Seize Homes If You Organized Protest 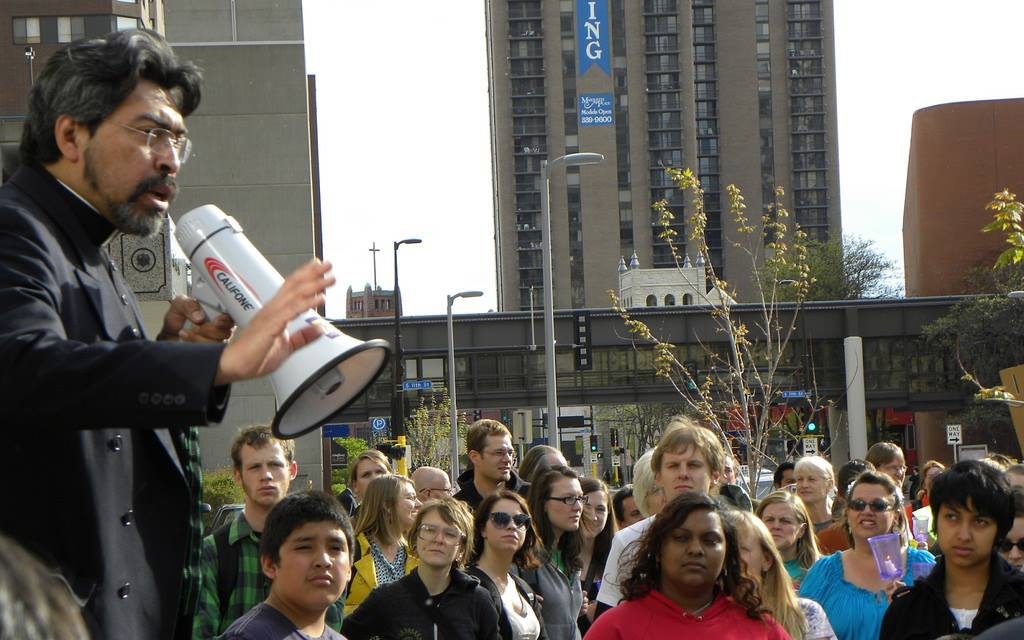 Arizona Legislature Bill SB 1142 would have allowed protest organizers to be prosecuted for racketeering if a demonstration turned violent, but that bill is now effectively dead.

We told you last week that the bill passed the Senate, which sparked national backlash, with many questioning whether or not it was even constitutional.

Arizona House Speaker J.D. Mesnard confirmed yesterday that he does not plan to even consider the bill after outrage ensued from it being drafted.

“I haven’t studied the issue or the bill itself, but the simple reality is that it created a lot of consternation about what the bill was trying to do,” Mesnard told the New Times. “People believed it was going to infringe on really fundamental rights. The best way to deal with that was to put it to bed.”

“I was less concerned about the national story. My decision was based on what I think is best for Arizona and the concerns that were being expressed by Arizonans.”

“I’m certain the sponsor wasn’t trying to infringe on anyone’s First Amendment rights,” he added, “I want to stand up for him a little bit – he’s being criticized, and I don’t know if that’s entirely fair.”

The bill itself was based on questionable claims including that the violence at recent protests in Washington, D.C., and Berkeley, California, were the work of paid protesters or provocateurs.

The bill’s goal was to allow protest organizers to be prosecuted even if someone else were involved in rioting. The measure also could let law enforcement prosecute organizers for planning an event that could potentially result in rioting.

Rioting is already illegal under Arizona law, but SB 1142 would have expanded racketeering laws to include rioting. It would have

State Senator Sonny Borrelli (R), argued that the bill “was necessary in order to crack down on the groups that are paying protesters.”

Borrelli garnered support from several state Senate Republicans, who voted for the bill, as well as law enforcement.

“Optics are important and you don’t ignore the fact that a bill — rightly or wrongly — is perceived as something we don’t want to do,” he added. “It doesn’t matter what it does, this is the widespread belief about it, and the belief itself is harmful.”

Recently there has been a slew of bills proposed or that have passed and are pending being made into law which essentially criminalize the first amendment the right to assemble and free speech. A shocking trend that has taken hold of lawmakers in America as Trump protest continue across the nation.

Tennessee just last week passed a controversial law that would essentially allow drivers to injure protesters without civil liability while still keeping the potential for criminal liability if the driver hit and killed someone.

At the time of this writing as far as I know nine states including Tennessee proposed similar measures to criminalize different forms of protesting. Minnesota, Indiana, Iowa and North Dakota are considering allowing drivers to run over protesters without any civil liabilities.

While Washington, Michigan, Virginia, Colorado are all considering other forms of punishment for protesters ranging from extreme fines to threatening harsh jail sentences.

Such an intense crackdown on the right to free speech and protest is worrying in the so-called land of the free.