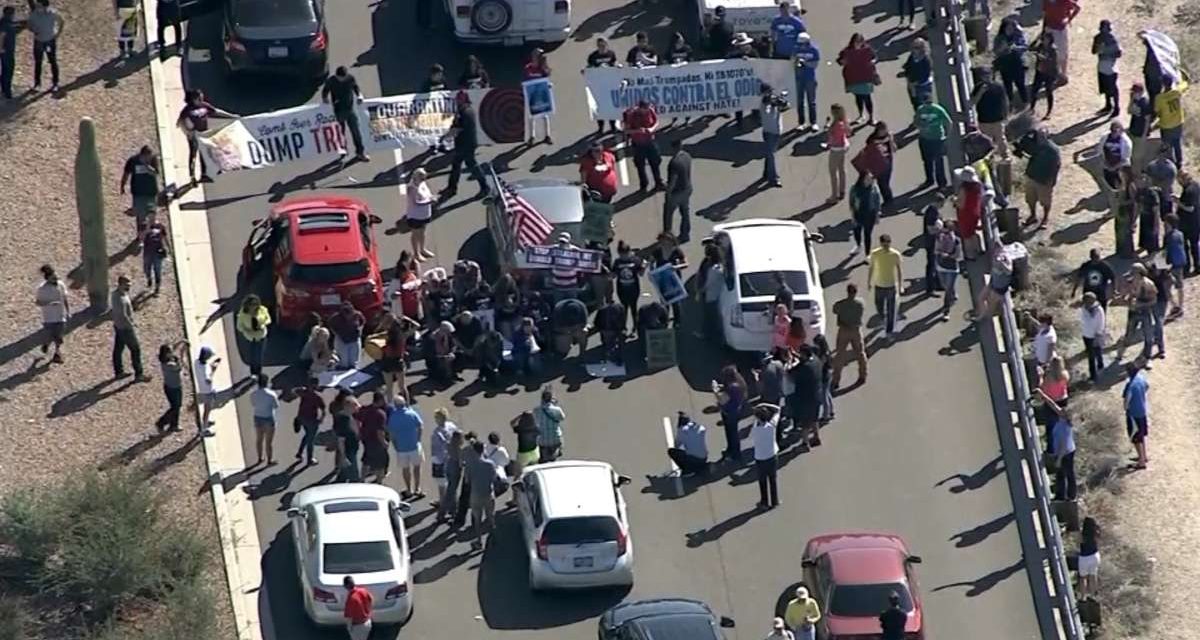 A new law in Tennessee states that while drivers who injure protesters may face criminal charges, the injured protesters cannot sue the drivers in civil court.

We have previously told you about eight states that were proposing similar measures to criminalize different forms of protesting. Minnesota, Indiana, Iowa and North Dakota are considering allowing drivers to run over protesters without any civil liabilities.

Tennessee has now joined that effort to allow drivers to run over protesters who are blocking the street free from civil liability, as long as the driver exercised “due care.”

Senate Bill 994, an insane piece of legislation that would have our Founding Fathers rolling over in their graves, easily passed the state Senate on Friday and will go into effect on July 1.

Tennessee State Sen. Bill Ketron introduced the bill. In a statement he said:

“We believe that citizens have the right to protest. There is a procedure for peaceful protests and the purpose of that process is to protect the safety of our citizens. Protesters have no right to be in the middle of the road or our highways for their own safety and the safety of the traveling public.”

Tennessee State Rep. Matthew Hill sponsored House Bill 668 and has said the bill was written in response to protesters around the country putting themselves and others in danger.

“This is meant to hopefully help people in the car and out of the car be safe, stay safe,” Hill said. “If you want to protest, that’s fine, whatever the issue is, but do it safely, do it peaceably, and do it out of our roads.”

However, critics of the bill argue that the bill will demonize protest and protesters through “intimidation.”

The bill is one page and states the following:

(a) A person driving an automobile who is exercising due care and injures another person who is participating in a protest or demonstration and is blocking traffic in a public right-of-way is immune from civil liability for such injury.

(b) A person shall not be immune from civil liability if the actions leading to the injury were willful or wanton.

What the bill fails to define is what “due care” means, or how it is determined. In layman terms, what the bill does is prevent an injured protester from suing the person who inflicted the injury.

The bill does not provide criminal prosecution protection so that would mean that the state could still bring charges against those they see fit that failed to use “due care” when injuring the protester.

Seaton explained that the bill does not protect from willful negligence and noted that the driver will still be held responsible if he or she intentionally runs someone over.

Does this law set a precedent for other states, or is it justified given the recent tactic of protesters blocking roadways and in some cases preventing ambulances or other emergency vehicles from passing? Let us know your thoughts in the comment section below!