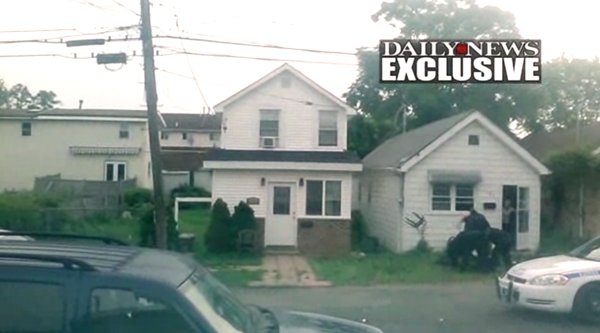 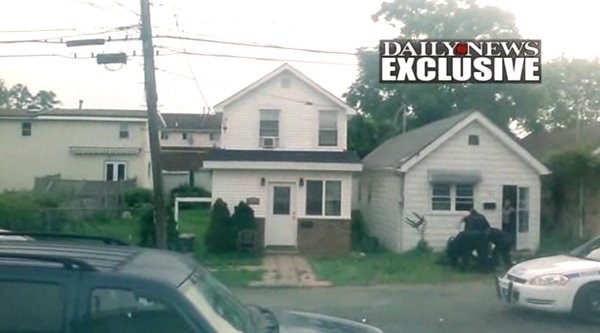 (NewNowNext.com)A gay Staten Island man is suing the NYPD after four officers dragged him from his home last month before violently beating him in the front yard while repeatedly yelling homophobic slurs.

Louis Falcone, 31, told the New York Daily News that officers arrived at the home he shares with his 66-year-old mother on June 19 to investigate a noise complaint. He had been arguing loudly with his brother an hour earlier, who had come home in an “obnoxiously drunk” stupor and left before police arrived to investigate the noise.

“As I’m talking to them through the screen door, they’re saying to come outside,” said Falcone. “I said, ‘For what?’”

Falcone added that his dog began barking from inside the house, to which an officer said, “Get your dog out of here or I”ll fucking kill it!”

Falcone also had surgery on his foot recently and was wearing a boot, but that didn’t stop the four aggressive officers from purposefully stepping on it after pulling him from his home illegally for a violent, unprovoked beating on the front lawn.

Falcone’s version of events was confirmed by a video obtained by the Daily News, which was shot from a neighbor’s window across the street. In it, Falcone is heard screaming for mercy while the officers mercilessly pile on top of him.

“They threw me against the concrete in front of my house. My first reaction was to try to get up a little bit,” Falcone explained. “While I was on the ground, I had mud and blood in my mouth. One [of the cops] said, ‘Don’t let it get on you, he probably has AIDS, the faggot.’”

Falcone begged the officers to be careful with his foot during the beating, a request they took as an invitation. “They’re hitting me for no reason. One puts his knee on my neck. They were all piling on top of me,” he recalled. “I said, ‘Please, I just had surgery on my foot. One of the cops stepped on my foot. Another cop comes and steps on my head.”

Falcone is suing the NYPD for violating his civil rights, not to mention the injuries he suffered.

According to Falcone, the attack left him with “a broken nose, two black eyes, cuts to his face and body, and…more foot surgery.”

“How can you do that – four people on one skinny, scrawny little guy?” Falcone’s attorney, Eric Subin asked. “They’re criminals; they belong behind bars.”