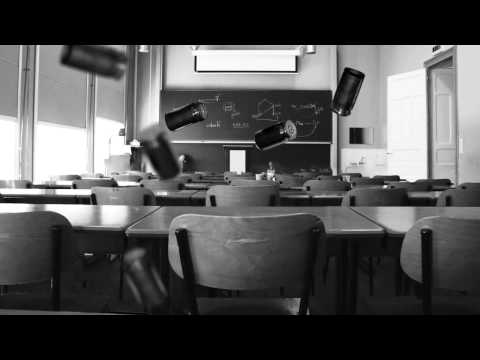 Lawmakers moved the bill through the House during the last hour of the night on Thursday, meeting their midnight deadline before the end of the current legislative session. If signed by the state’s governor, the law will give religious leaders the option to “opt-in” to allow guns on their worship premises, where violators cannot be arrested or fined more than $100 each. Additionally, it could grant citizens the right to carry firearms in bars, nightclubs, libraries, sports facilities, senior citizen and youth centers, and on K-12 premises by authorized administrators and teachers.The law would also allow permit-holders to carry guns into Transportation Security Administration (TSA) checkpoints in airports with no penalty, which is a reduction from the maximum felony punishment currently in place. Individuals who claim ownership of a permit would be allowed to leave the security area without consequence, and officials could not detain them or ask to see firearms documentation.

The legislators’ decision is not only a “slap in the face” for victims of gun violence in Georgia, but also for all American sufferers, said Brian Malte, senior national policy director for the Brady Campaign to Prevent Gun Violence.

“We know more guns is not a solution to gun violence, so it’s a very sad day in Georgia,” he told msnbc.

Though supporters are pleased with the approval of the bill, many wish it treated religious establishments similarly to bars, nightclubs and municipalities. The government does not belong in church affairs, said Jerry Henry, executive director of Georgia Carry. His group is a main proponent of the bill, also backed by the National Rifle Association (NRA).

Among other provisions, the law also changes Georgia’s self-defense measures by removing the penalty for possessing a firearm in an unauthorized location. If passed, the legislation will provide security to individuals carrying guns in unauthorized locations, under the influence of drugs or alcohol, and without a license in locations currently prohibited.

“There are some states that take guns anywhere, anytime, and virtually for everyone, and they do it in piecemeal. Georgia has decided to do it all in one bill,” Malte said.

Opponents of the bill refer to the measure as an expansion of Stand Your Ground because it has the potential to give felons and other individuals currently banned from owning a gun permission to carry in unauthorized areas. George Zimmerman’s acquittal last summer in the shooting death of Florida teenager Trayvon Martin brought renewed national attention to the Stand Your Ground defense.

Georgia lawmakers, who passed the bill Thursday by a 112-58 vote, will now present the legislation to Republican Gov. Nathan Deal, who plans to run for re-election on Nov. 4. Previously, Deal supported loosening gun restrictions, which earned him an “A” rating from the NRA and an endorsement for the GOP primary runoff election in 2010.

The bill is part of the “Safe Carry Protection Act,” which, until earlier this week, contained both a bill from the House and a revised bill from the Senate, as msnbc previously reported. Americans for Responsible Solutions deemed the original House bill “the most extreme gun bill in America.” The Senate version, however, offered fewer allowances for guns in certain places, including the opt-in provision not only to church leaders, but also to bar owners and municipal officials.

State senators passed the bill earlier this week before it went to the House. But a lack of transparency left many residents and organizations puzzled about which measures were included and which were removed from the legislation. Ultimately, House lawmakers took out language that would reduce the penalty for a permit-holder caught carrying a gun on a college campus from a misdemeanor to a fine.

“We were pleased that the final bill did not include the guns on college campuses and guns in churches provisions. But the fact remains this bill moves Georgia out of the mainstream,” Pia Carusone, executive director of Americans for Responsible Solutions, said in a comment. “Thousands of Georgians and tens of thousands of Americans will continue to show they are tired of the gun lobby advancing its extreme agenda at the expense of their families’ safety.”

House legislators passed a similar bill last year, but it failed in the state Senate. Until this week, legislators had not passed a gun bill since 2010, when they repealed the state’s public-gathering law and replaced it with a more defined list of places off-limits for carrying firearms. Georgia had the highest number of gun deaths per capita among the 50 states that same year, according to the Law Center to Prevent Gun Violence.

Opponents view the the current bill as a disturbance for places of worship, establishments that serve alcohol and school campuses where parents expect their children to remain safe.

Some institutions, including the Roman Catholic Bishops of Georgia, declined to comment on Friday until they analyzed and determined the effects of the possible changes.

Parts of the Georgia bill have surfaced individually in other states – including Missouri, Oklahoma and Tennessee – as the national debate about gun rights continues in the wake of the 2012 tragedy at Sandy Hook Elementary School. Oklahoma legislators passed a bill this week that would allow any college, university or technology school to establish a policy to permit license-carriers to possess firearms on campus. In Idaho, Republican Gov. Butch Otter last week signed into law a bill that prohibits state colleges and universities from regulating guns.

Ninety-one percent of Georgians supported mandatory background checks for all gun buyers, according to a poll published in March 2013 in the wake of the massacre in Newtown, Conn.

Colin Goddard, senior policy advocate for Mayors Against Illegal Guns and a former Georgia resident, told msnbc: “You get to the point where you want to ask: ‘Who exactly are they doing this for?’”