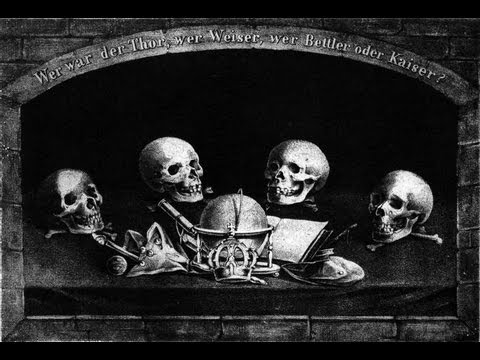 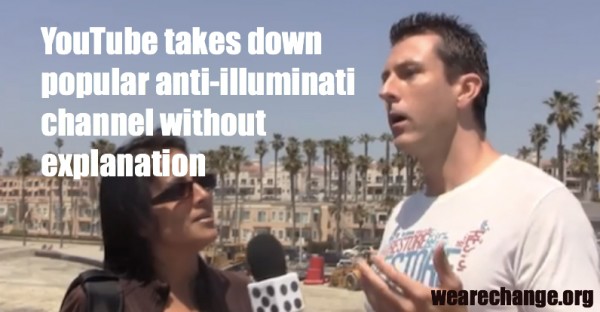 On March 22, 2014, YouTube shut down Mark Dice’s channel without warning. Mark lost 800 videos and 265,000 subscribers in this inexplicable act. What he really lost, though, was a self-made business supported partly by advertisements on his YouTube channel.

According to Mark, whom Luke Rudkowski spoke with today, his YouTube channel did have a “copyright strike” last night. (That means someone accused him of a violation of copyright in a video.) But this morning, YouTube took down the channel without any explanation. Were official trolls behind this? We learned this week that YouTube has an info-militia of about 200 users with privileges that extend to flagging videos for removal, which happens 90% of the time they recommend it.

Why destroy Mark Dice? He hasn’t called for violence or incited hate speech. His most popular videos show him seeking signatures on absurd petitions such as one ensuring that Karl Marx is Obama’s self-appointed successor, documenting people signing away their basic constitutional rights without even thinking about what they are signing.

He rails against “illuminati” influence in what passes for music and entertainment these days, and exposes the worst of the worst in the apparent race to infuse all pop music with satanic imagery. He’s arguably harmless; he could be considered a gadfly who sometimes rises to the status of thorn in the establishment’s side. Fans know him as someone who is trying to help wake up his audience to the absurdities of government, show biz, and society at large.

Mark noted on Facebook that the date of YouTube’s transgression is 3/22, and that Yale’s mysterious and macabre Skull and Bones society honors the number 322. He’s not afraid to “go there” with some potent surmising about the significance of the date:

Coincidence or a subtle message? If you wonder why Skull and Bones uses the number 322 to represent their  members and goals it’s because in the Book of Genesis chapter 3 verse 22 the passage refers to Adam and Eve following Satan’s advice to become Gods themselves by eating the fruit of the tree of knowledge of good and evil, as you may know, this is the secret of secrets of the Illuminati…they see Satan as good and that’s the ‘royal secret.’

Mark covered a break-in at Skull and Bones in 2013.

Over the years, We Are Change has collaborated with Mark Dice on activist journalism, building up a body of work that includes Coming to the U.S Big Brother Barking Orders At You, Senator Boxer Confronted on Bilderberg, FED Police Confronted: “Step Back On Public Property”, and State Sponsored Terrorism at The National Archives.

Fortunately, Dice has a back-up channel (which is unfortunately on YouTube) called “The Resistance,” so his work is preserved for the time being, and fans can enjoy his material there. Whether his original account will be restored by YouTube is something we’ll wait to find out. Meanwhile, you can keep up with developments by following Mark Dice on Facebook, Twitter, and his back-up channel, https://www.youtube.com/TheResistance. You can catch his telling of this story here.

P.S. We Are Change now has a back-up channel at youtube.com/lukewearechange. We encourage you to download and save our videos in case we’re ever banished from YouTube.