Gorsuch Confirmed In Senate: What We Learned About Him During His Hearings 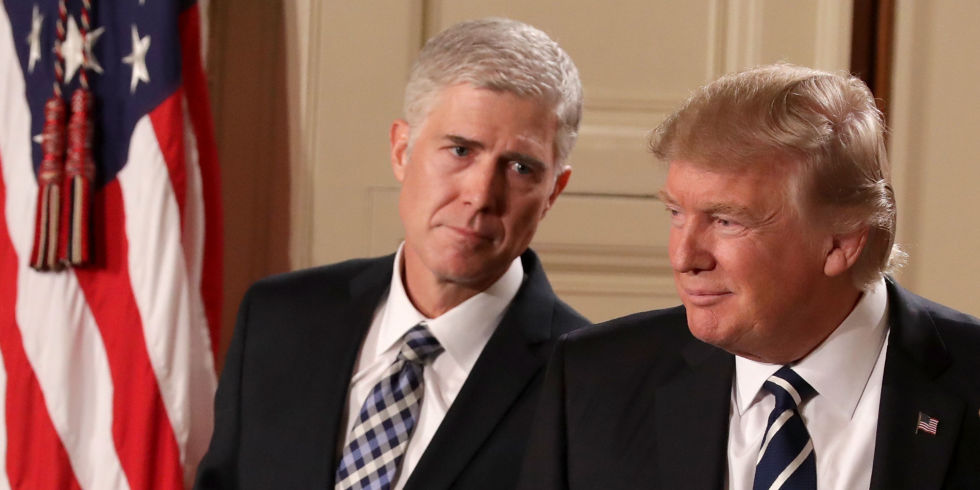 One of the biggest issues from this past election is that the new president would select the next nominee to the U.S. Supreme Court.

After the election of Donald Trump to the presidency, many people were excited to learn of the nomination of Judge Neil Gorsuch.

Democrats secured enough votes to initially block Gorsuch’s nomination. However, Republicans have responded by setting a new precedent (or using the ‘nuclear option’) which allowed a Supreme Court nomination with a 51-vote majority. Gorsuch was confirmed on Friday by the Senate with a 54-45 vote.

A similar action had been done before by Democrats in 2013 to approve Obama-era nominations.

Rumors had previously circulated that the Republicans wouldn’t use the so-called nuclear option, but it seems that those rumors were put to rest Thursday when the rules were changed to allow a majority vote to confirm a Supreme Court Justice. This new precedent will have far-reaching effects in the future, meaning that whichever party holds the majority in the Senate will effectively control whether or not a new Supreme Court Justice is confirmed from now on.

The fight to confirm Gorsuch as a Supreme Court judge has not been won easily. After nearly 20 hours of hearings over the course of three days last week, Gorsuch answered question after question to the Judiciary Committee. During this time, we learned quite a bit about the judge Gorsuch would be.

Things We Learned About Gorsuch

For starters, Gorsuch should not expect to have any sort of privacy after a handful of his e-mails were published. In these e-mails, we can find a few things that stick out. For starters, it seems that Gorsuch supports the actions at Guantanamo Bay after a visit there, saying that “being able to see first hand all that you have managed to accomplish with such a difficult and sensitive mission makes my job of helping explain and defend it before the courts all the easier” in a letter that was sent to two military officials.

Furthermore, it seems that Gorsuch supported the use of torture under the Bush administration. According to a testimony by Elisa Massimino during Gorsuch’s hearing, she illustrated that Gorsuch helped undermine independent judicial review by drafting an amendment to the Detainee Treatment Act which would prohibit federal courts to hear the claims of prisoners at Guantanamo Bay.

After Congress acted to ban torture of detainees, Gorsuch seemed to think that his colleagues in the White House would “need cheering up.” In an e-mail Gorsuch sent to Brett Gerry after the passage of the Detainee Treatment Act, which prohibits “cruel, inhuman, or degrading treatment or punishment,” Gorsuch referenced a CBS News article which stated that the habeas corpus rights of detainees at Guantanamo would still be taken away because of the Graham amendment of the bill. He thought this would cheer up his friends in the White House, saying it was the “Administration’s victory”

“Every court and every President throughout our history to decide the question has agreed that the Commander in Chief may conduct secret searches of enemy communications in this country without the prior approval of the other co-equal branches.”

In other words, according to a speech Gorsuch drafted for an Attorney General, the fourth amendment and habeas corpus rights don’t apply to anybody who is deemed as an ‘enemy.’ In a time when U.S. citizens are added to a federal kill list, it might be time to question what an enemy is, and what an enemy isn’t.

Regardless, one thing that Gorsuch seems to excel with is harboring an open-mind and looking at things from a bigger picture. During his opening speech on the second day of his hearings, Gorsuch said:

“putting on a robe doesn’t make me any smarter… Putting on a robe reminds us that it’s time to lose our egos and open our minds. It serves, too, as a reminder of the modest station we judges are meant to occupy in a democracy.”

As the Senate voted to confirm Trump’s Supreme Court nominee, let’s stay optimistic that the Neil Gorsuch we have evidence of (supporting torture, detainment, suspension of habeas corpus to detainees, and so on) doesn’t match with Judge Neil Gorsuch, the Supreme Court Justice who needs to uphold the amendments of the Constitution.

Which kind of judge will Justice Gorsuch be? Time will tell.