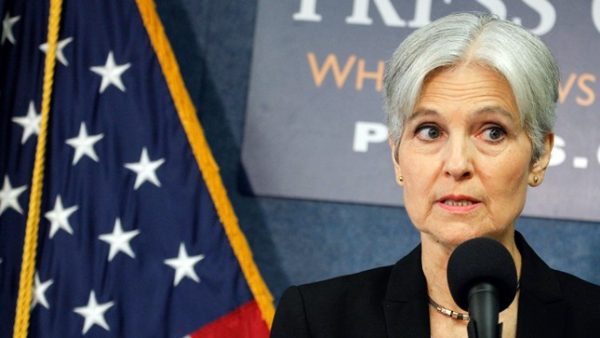 The statement was written by several members of the party and posted to the website of Maryland’s Green Party Senate candidate Margaret Flowers. The letter to the public strongly condemns Stein’s decision and acknowledges that it has created confusion about the relationship between their party and the Democratic Party.

The statement says that “as a candidate, Dr. Stein has the right to call for a recount. However, we urge the GPUS to distance itself from any appearance of support for either Democrats or Republicans. We are well aware of the undemocratic actions taken during the primaries by the DNC and the Clinton campaign. Greens cannot be perceived to be allied with such a party.”

“The decision to pursue a recount was not made in a democratic or a strategic way, nor did it respect the established decision making processes and structures of the Green Party of the United States (GPUS). The recount has created confusion about the relationship between the Green and Democratic parties because the states chosen for the recount are only states in which Hillary Clinton lost,” the statement reads. “There were close races in other states such as New Hampshire and Minnesota where Clinton won, but which were not part of the recount.”

The attempt at distancing the party from Stein’s effort was signed by Green national co-chairs, members of national committees, former presidential and vice presidential candidates, multiple Stein campaign staffers, and others. One notable co-signer is Chris Hedges, a Pulitzer prize winning journalist who left the New York Times over the Iraq War and actively campaigned for Stein throughout the election season.

We spoke to Kevin Zeese, senior advisor of the Stein campaign, to gain more insight on how the party feels about the issue.

“From a Green perspective, we do not want to be on the side of Hillary Clinton or the Democrats — we are independent of both corrupt parties,” Zeese told We Are Change.

Zeese explained that Stein is still respected in the party, but many are unhappy about her post-election antics.

“This not intended to be a ‘throw Jill under the bus’ move. We respect her, know how hard she worked and know this is not a fundraising scam but is coming from someone who believes in election integrity,” he said.

We asked about the rumors flooding social media about who is funding the campaign, and Zeese asserted that “while it is not Green grassroots, it does seem to be Democratic grassroots.”

“While we do not know who is donating, we do know she has received 140,000 donations at an average of $45 each. There has been a tiny number of donations over $1,000,” he said. “We also know that Dem groups MoveOn and DFA put out fundraising appeals to their massive lists.”

“So, while it is not Green grassroots, it does seem to be Democratic grassroots.”

Zeese explained that Stein is more of a political activist than a candidate, and that her candidacy comes out of her activism. “She practiced medicine until she realized that she was treating people from illnesses that could easily be prevented if we had a government that cared about people’s health. So, she stopped practicing and became an activist.”

While Zeese acknowledges that the optics of what she is doing is bad, he does support one aspect of her recount effort — the demand for a hand count of paper ballots to compare to what the machine recorded.

“Recounts can be very interesting and are definitely useful. When counts are done on machines there should be an automatic audit which requires a percentage of ballots being hand counted,” he said. “Voting machines without an independent paper ballot should be banned. That is the problem in Pennsylvania, there is no paper to compare the machines to.”

“Hacking a voting machine can leave no fingerprints. Put in software, it sleeps till election day, does its dirty work, then destroys itself,” he continued, noting that he believes machines are completely untrustworthy as they are unverifiable.

Zeese, like Stein, is passionate about fair elections and previously ran TrueVoteMD, which lead a fight to rid the state of Maryland of paperless voting machines. The effort was successful, and now the state uses paper ballots which are read and counted by a machine.

Still, Zeese disagrees with the effort overall and is concerned about the issues that Stein is choosing to raise. He explained that some of the signers, himself included, are particularly upset about the “foreign agents” arguments that she has used in the petitions that she has filed.

“That upsets a lot of us. One thing the US does not need is more anti-Russia propaganda,” Zeese said. “That is one of best hopes from Trump – -he might de-escalate conflict with Russia.”

As we previously reported, Stein has even been getting roasted by her own supporters on social media over the recount campaign.

“She is serious about creating a decent democracy. We just think this was a mistake, especially how it was handled and framed,” he said. “We want people to know the Greens are not Democrats-lite, in fact we are the opposite of the Democrats on almost everything.”