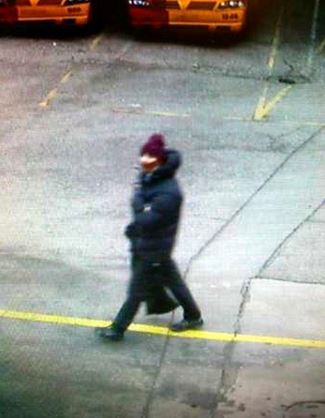 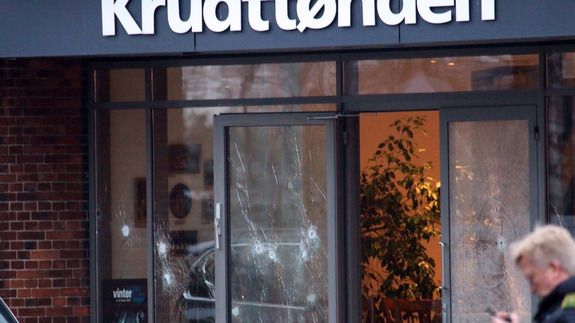 It’s Hebdo Part Deux in Denmark this week, as the public are told that another “ISIS-inspired attack” took place earlier today…

One man was reportedly killed and others injured as two masked gunmen opened fire at the Krudttoenden Cultural Centre Cafe in Copenhagen (image above), after the venue was sprayed with over 200 bullets.

CCTV image shows a man ‘suspected’ of being involved in the first shooting in Copenhagen.

We’re then told that the gunman then fled in a carjacked Volkswagen Polo. As with the Paris action-drama, the two gunman are now ‘on the run’.

For good measure it seems, and identical to the Paris template, their was a second shooting – outside of a Synagogue, where two police officers were wounded in the arms and legs, and a civilian man was also killed. A gunman fled on foot.

Unlike the Paris Attacks, there were no “amateur cell phone videos” made to record the attack, only official CCTV images released to the public, perhaps because of issues regarding controlling the set and additional problems with poor execution in Paris which prompted wide-spread criticism over the “fakeness” of the films.

As a result, the Danish government have deployed the military and declared Martial Law until the terror threat level is reduced.