Hillary Clinton Forgot That She Supported a Coup in Honduras 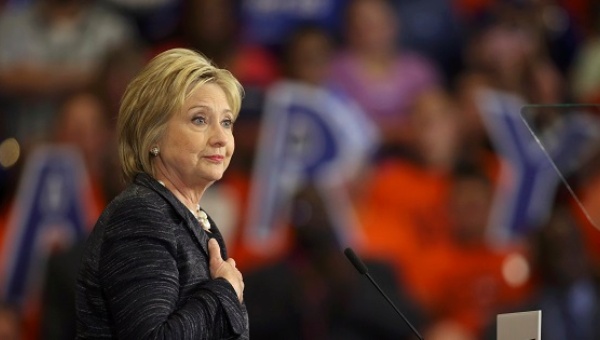 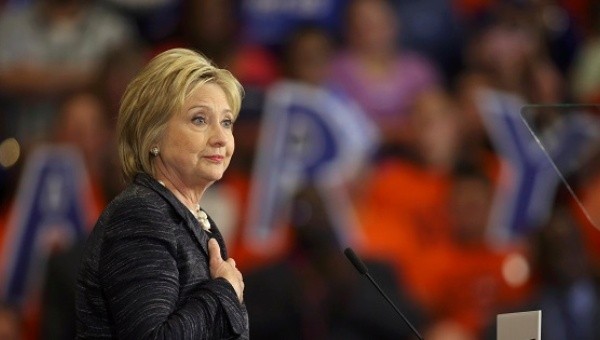 Her campaign said the accusation that she “routinized” hell in Honduras was “simply nonsense.”
Hillary Clinton’s campaign seems to have a selective memory when it comes to the Democratic presidential candidate’s track record with Honduras.

When asked by Latino USA if the former secretary of state “is still proud of the hell she helped routinize in Honduras” as a result of the country’s 2009 coup, a spokesperson responded that the accusation in the question is “simply nonsense.”

“That charge is simply nonsense,” Director of Hispanic Media Jorge Silva wrote in an email to Latino USA. “Hillary Clinton engaged in active diplomacy that resolved a constitutional crisis and paved the way for legitimate democratic elections.”

But that’s not exactly what happened.

In 2009, democratically elected Honduran President Manuel Zelaya was ousted by the Honduran military, allied with opposition parties. The coup against Zelaya was widely condemned by governments across Latin America, the European Union, the Organization of American States and other regional blocs.

But then-Secretary of State Clinton moved in swiftly. She admitted in her autobiography “Hard Choices,” that she used her power to shift the crisis into a favorable position for the U.S., even if it meant forgetting about democracy.

“We strategized on a plan to restore order in Honduras and ensure that free and fair elections could be held quickly and legitimately, which would render the question of Zelaya moot,” she admitted in her book.

Of course, the “free and fair” elections that Clinton envisioned included a media blackout and targeted assassinations of anti-coup leaders ahead of the polls. No international institutions monitored the elections. Due to the power vacuum created after the coup, left-wing, and legitimate, Zelaya was never returned to power.

So “active diplomacy that resolved a constitutional crisis and paved the way for legitimate democratic elections,” is stretching the truth a little.

The exchange between the Clinton campaign and Latino USA came after The Nation published an article explaining the links between the death of beloved Honduran activist, Berta Caceres, who opposed the coup, and Clinton.

“Caceres was a vocal and brave Indigenous leader, an opponent of the 2009 Honduran coup that Hillary Clinton, as secretary of state, made possible,” The Nation writes.

And the publication isn’t the only one to link the assassination of the human rights campaigner and Clinton’s veiled support of the 2009.

Center for Economic and Policy Research co-director, Mark Weisbrot, released a statement after the tragedy, noting that political repression, including targeted killings of activists, had increased drastically after the coup, as Honduras’ post-coup governments and the U.S. government turned a blind eye. Clinton “did her best to help the coup government succeed and legitimate itself,” said Weisbrot.

Caceres herself in a 2014 interview said that the admissions of Clinton in her autobiography showed a “bad North American interference” in Honduras.

This content was originally published by teleSUR at the following address:
“http://www.telesurtv.net/english/news/Hillary-Clinton-Forgot-That-She-Supported-a-Coup-in-Honduras-20160309-0047.html”. If you intend to use it, please cite the source and provide a link to the original article. www.teleSURtv.net/english