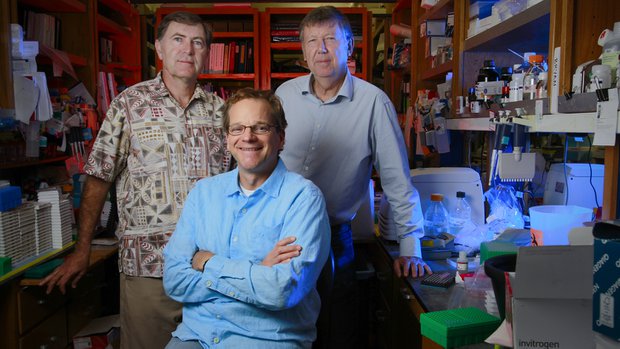 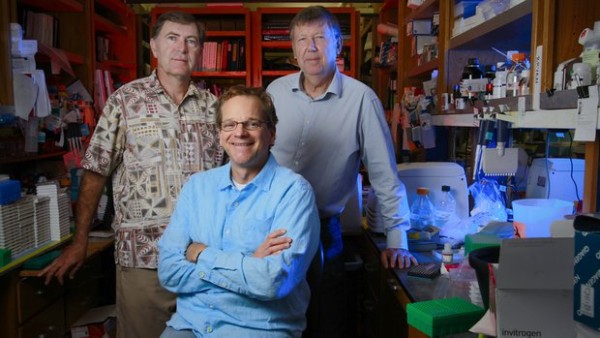 (utsandiego.com) For decades, scientists have struggled to develop vaccines to stop the spread of HIV. And for decades, the vaccines have failed. HIV mutates at a ferocious pace, outrunning the immune system’s antibodies.

Studies published Thursday demonstrate that the immune system can be accelerated so it’s primed and ready to block HIV infection.

The studies describe a multi-pronged approach to an HIV vaccine, each one demonstrating a component of the process. Assembling all these components into a vaccine for humans is the final step. Testing could take place in about two years, the scientists say.

The scientists, from The Scripps Research Institute, Harvard, MIT and other institutions have mapped out each step and shown in animal models that they work.

Three studies representing aspects of the research were released; two in the journal Science and the third in Cell.

One study in Science indicates it is possible to trigger the antibody system, using an engineered molecule that mimics a vulnerable region of HIV, to make early versions of broadly neutralizing antibodies. The scientists say the primed immune system can then be successively exposed to substances that mimic aspects of HIV, to make more mature versions of these antibodies.

A separate study in Cell showed how the use of a different engineered molecule could complete the final stage of the maturation process to protective antibodies.

Finally, a third study also in Science showed that the latter engineered molecule behaved well in vaccination of rabbits.

“It works much better than we expected,” Nemazee said. “So we’re quite positive now about trying something more complicated, like a human.”

While the results are strong enough to warrant human testing, many more hurdles lie ahead, said Anthony S. Fauci, director of the National Institute of Allergy and Infectious Diseases.

“Whenever you get a result that is encouraging, the next step is to see if we can duplicate that in a very gradual, safe, gingerly way in humans in a Phase 1 trial,” said Fauci, who has been researching HIV since the early years of the AIDS epidemic.

The scientists envision a series of sequential vaccinations. The first one is intended to produce immune cells capable of maturing into cells that make antibodies that neutralize a broad spectrum of strains of HIV. The following ones would guide these cells further in the direction of making the desired antibodies.

This sequential immunization trains the immune system to make the desired antibodies with increasingly greater potency, according to the researchers. So when the body is confronted with HIV, it can repel the infection.

The strategy is based on reverse-engineering how the immune system naturally responds to HIV exposure.

In the natural course of HIV infection, most people eventually become immune-deficient due to the relentless attacks of the virus, which keeps mutating around antibody attacks. If untreated, these people develop AIDS.

But in a minority of those infected, the immune system learns how to make broadly neutralizing antibodies. In a very few individuals, these antibodies are made soon enough and are powerful enough to keep HIV under control, even without medications. They don’t progress to AIDS.