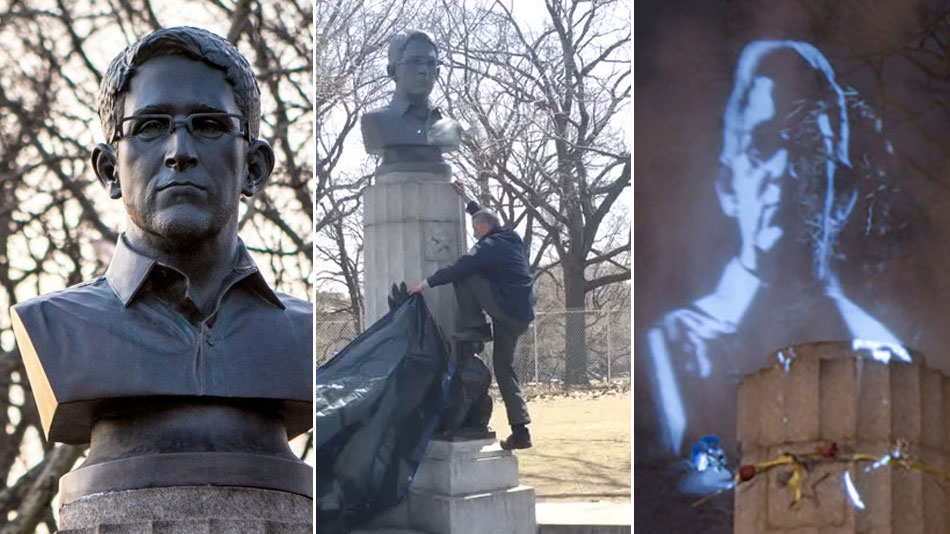 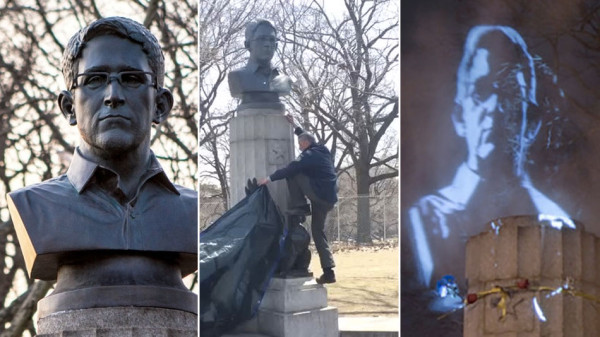 It was only hours after police removed an illegally-placed bust of Edward Snowden from a perch in a Brooklyn park on Monday, but artists subversively replaced the missing statue with a hologram.

The artists group calls themselves “The Illuminator.” They clarify that they are not related to the three sculptures who created the original bust. Instead, they used laptops and projection equipment to create a “hologram” of sorts, casting a replacement image of Snowden into a haze of smoke where the sculpture had temporarily stood.

The artist group says that the direct action is a “message of defiance” which they aimed at the police who “censored” the original work, according to their tumblr post.

“Inspired by the actions of these anonymous artists, The Illuminator Art Collective recreated the intervention ephemerally by projecting an image of the sculpture into a cloud of smoke,” they explained.