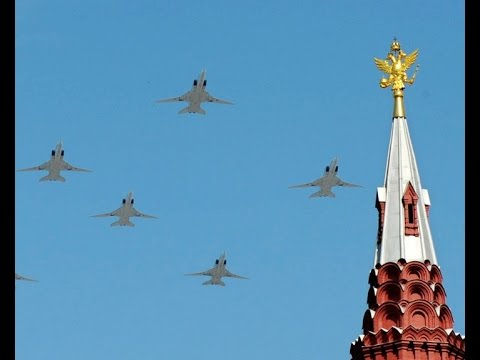 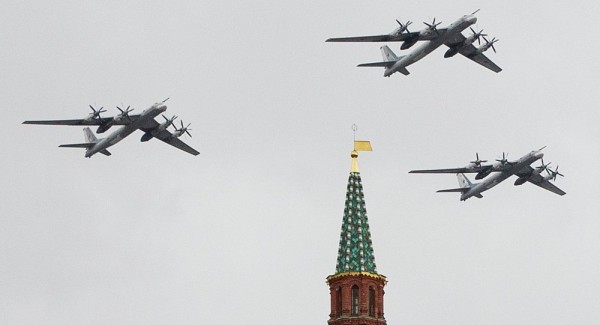 Navy Admiral Bill Gortney said the flights by long-range Russian bombers are “messaging” for the US – a reminder that there is another nation capable of projecting power.
This Thursday, Sept. 28, 2006 file photo provided by the U.S. Air Force shows an F-15C Eagle from the 12th Fighter Squadron at Elmendorf Air Force Base in Anchorage, Alaska, flying next to a Russian Tu-95 Bear bomber, right, during a Russian exercise which brought the bomber near the west coast of Alaska

According to Gorney, the number of Russian flights near the US has risen alongside tensions between the two nations following the outbreak of violence in Ukraine. North American Aerospace Defense Command (NORAD) is watching those planes closely, he added.

“We watch very carefully what they are doing,” he said. “They are adhering to international standards that are required by all airplanes that are out there, and everybody is flying in a professional manner in their side and our side as we watch very closely.”

Those flights could expand in the coming months, with Russia traveling even further into territory the US considers under its purview. Gortney said “it wouldn’t surprise me” if Russia sends bomber patrols through the Gulf of Mexico.