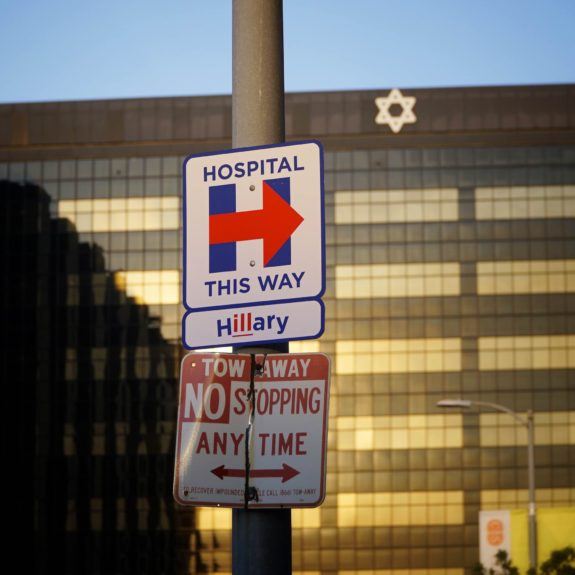 Hillary Clinton, plagued by constant questions regarding her health, left the 9/11 Memorial this morning after a medical episode, according to a law enforcement source that spoke to Fox News at Ground Zero.

Video shows Hillary fall off a curb, appear to faint, as her protective detail grabbed her and took her in a van that sped in the direction of a hospital.

She also lost one of her shoes and flagged down the rest of her detail and they left.

Paul Joseph Watson has reported that Clinton was taken to a hospital.

This is a breaking story, information will be updated throughout the day when more information becomes available.

Will Hillary deny her health issues after this incident? After two law enforcement sources said Hillary is sick and several doctors including Dr. Drew said Hillary has a severe health problem, Clinton needs to release her full medical records.

How the media ever thought they could twist this as a conspiracy theory is baffling.

Hillary’s has had nasty, public coughing fits for over a year, apparent mini-seizures in public, and last week hacked up yellow bile in public. Clinton is travelling with a medical van at this point.

UPDATE: Hillary’s campaign has claimed she was just “overheated.” Move along folks, nothing to see here.

According to the Express:

She arrived at the event at 8:18am local time and left around 90 minutes later.

Mr Levanthal said: “The protective detail helped her into the van and the van took off, presumably in the direction of the hospital. They grabbed her shoe, flagged down the rest of the motorcade and this was given to her protective detail.”

It’s not terribly hot today. It was certainly warm at the scene.

A statement released by the campaign said: “Secretary Clinton attended the September 11th Commemoration Ceremony for just an hour and 30 minutes this morning to pay her respects and greet some of the families of the fallen.

“During the ceremony, she felt overheated so departed to go to her daughter’s apartment, and is feeling much better.”