Huge Underwater Pyramid Discovered Near Portugal – The Navy is Investigating 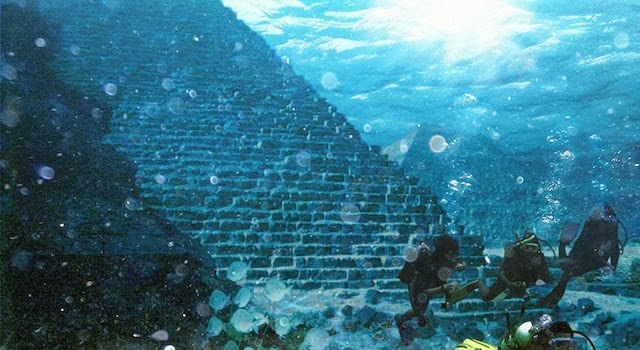 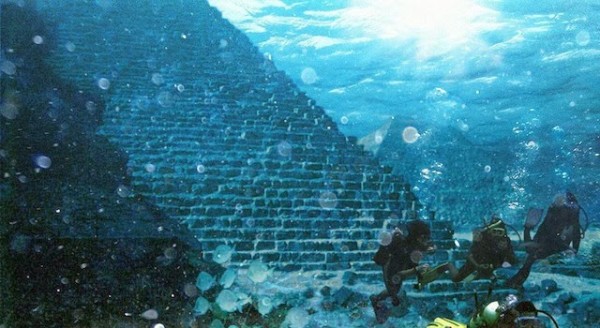 Portuguese news reported the discovery of a very large under water pyramid first discovered by Diocleciano Silva between the islands of São Miguel and Terceira in the Azores of Portugal.

According to claims, the structure is said to be perfectly squared and orientedby the cardinal points. Current estimates obtained using GPS digital technology put the height at 60 meters with a base of 8000 square meters. The Portuguese Hydrographic Institute of the Navy currently has the job of analyzing the data to determine whether or not the structure is man-made.

“The pyramid is perfectly shaped and apparently oriented by the cardinal points,” Silva told Diário Insular, the local newspaper.

The pyramid was found in an area of the mid-Atlantic that has been underwater for about 20,000 years. Considering this is around the time of the last ice age where glaciation was melting from its peak 2000 years prior, whatever civilization, human or not, that was around before the ice age, could be responsible for building the pyramid.

While the Portuguese Navy still hasn’t determined the origins, many might question why this hasn’t been first reported on sooner than late 2012. Certainly the NOAA who studies volcanic activity in the area of the pyramid would have discovered the pyramid through sonar imaging and so forth since the area is heavily studied due to volcanic activity. Either the NOAA hasn’t yet come across it, they are hiding what they have found, or the pyramid doesn’t exist. The last theory does not seem to be likely given the authenticity of the find.

Right: The actual pyramid, as scanned with a high-tech device

To further support the idea that this pyramid could have been built by different civilizations, archaeologists from the Portuguese Association of Archaeological Research have recently discovered evidence on Pico island that suggests their belief that humans existed in the Azores region before the arrival of the Portuguese thousands of years ago. As of today, there is still no explanation for who created the rock art found on the islands.

Was the pyramid built by whatever civilization existed prior to the Portuguese? Is it possibly not even man-made?

Is this the sunken continent of Atlantis?

Here is the Portuguese news report with English subtitles for those who wish to look into the authenticity of the claims:

The Azores are an interesting region as they are a chain of nine volcanic islands in three main groups that are roughly 930 miles west of Lisbon. They are all situated around the fault lines between the North American, Eurasian and African tectonic plates. An interesting place to have a pyramid given the energetic qualities often associated with pyramids.

This video discusses some interesting bits of information that explore the authenticity of the story and the possible location visually using some maps.

It is important to note that exact coordinates of the pyramid have not been released. He believes that there may be a discovery of 2 more pyramids in the area as images suggest there could be a design link to that of the pyramids built in Egypt.