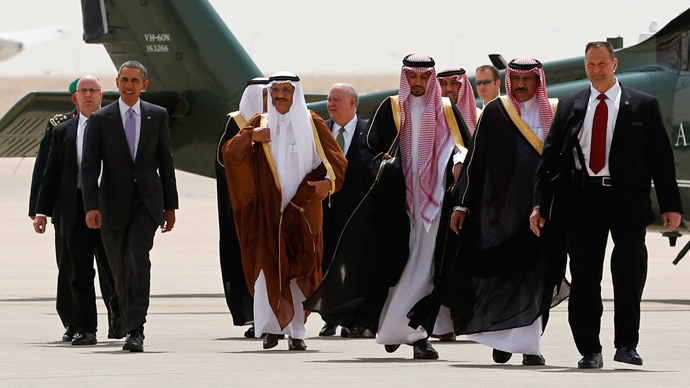 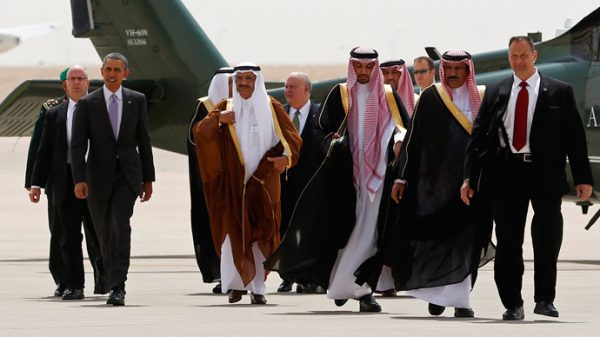 Just last month a US court ordered Iran to pay $10.5 billion in damages to the families of victims of the 9/11 attacks which it had nothing to do with, and now the US Congress is pushing a bill that would allow the government of Saudi Arabia to be sued in American courts for their alleged “role” in the attacks.

The US mainstream media has been abuzz with headlines about Saudi Arabia’s alleged guilt. The New York Times ran a story claiming that the Saudis threatened to sell $750 billion in treasury securities and other assets in the US if the congress passed the 9/11 bill. The New York Post published a story headlined “How US covered up Saudi role in 9/11” which lays out the supposed smoking gun evidence that members of the Saudi regime and royal family bankrolled some of the alleged 9/11 hijackers, 15 of whom were Saudi we are constantly reminded.

This barrage of stories is clearly designed to provoke public outrage against the government of Saudi Arabia. Not only do these stories infer that the Saudi regime sponsored 9/11, but that they are now attempting to strong-arm the US government into covering it up. The resulting picture painted in the public’s mind is that of domineering Arabs lording it over the hapless and innocent nation of America that was not only attacked by Arabs on 9/11 but is now being forced to succumb to the pressure of Arab financial might. Unsurprisingly, this kosher storyline of Arab duplicity and conspiracy is being volubly championed by the new neoconservative hero Paul Joseph Watson.

Manifestly, this utterly farcical narrative serves the Zionist vested interests who actually dominate the US political system. The Zionists and their American lapdogs have ample motive to deceive the public about the true sponsors, executioners and beneficiaries of the 9/11 attacks by laying a false trail of guilt towards Riyadh, just as they had done in 2001 by baselessly linking the atrocity to both the Taliban and Saddam Hussein to justify their overthrow. They’ve even attempted at various junctures to connect 9/11 to Iran, Hezbollah and the Palestinians. As Mike Rivero put it, 9/11 has been wielded by the US and Israel as a “one size fits all excuse to invade” Arab and Muslim countries that the Zio-American imperialists want to control.

The claims of Saudi involvement stem from 28 pages of the Joint Congressional Inquiry into 9/11 that were classified and kept out of the final report. Former US Senator Bob Graham has been pushing for the release of these pages for years. He has been all over the media lately forwarding the narrative, as he has done in the past, that the Saudi state was the “prime mover” behind 9/11, which he says is borne out in the 28 pages.

On his website, 9/11 expert Christopher Bollyn asked the prudent question, “So, why are the Zionists coming out now, demanding that these 28 pages be released, 13 years after they were classified?” Two hardline Zionist US Senators, Chuck Schumer and Ted Cruz, are backing the bill currently before congress which would open the Saudis up to scrutiny on the matter.

World Net Daily reports that presidential candidate Ted Cruz’s national security advisor Clare Lopez – a former CIA agent and ‘war on terror’ aficionado – is a major pusher of this latest blitz to hook the Saudis in with 9/11, which she also ridiculously tries to link to both Iran and Hezbollah. Lopez is the head of research and analysis at the Center for Security Policy, a militant pro-Israel neocon think tank known for its outlandish claims about “creeping Shariah” and how the Muslim Brotherhood has allegedly infiltrated the highest levels of the White House. She even claims that President Obama is a secret agent of the Brotherhood and has “the same goals as Osama bin Laden” despite the fact that Obama ostensibly had bin Laden assassinated in 2011.

This Zionist-Neocon disinformation frenzy can only have one main purpose: to mislead the public about who actually planned, carried out and benefited from 9/11. As I document in my book Grand Deceptions and various other articles, the only nation to substantially benefit from 9/11 was Israel, as Benajmin Netanyahu gleefully observed many times. And the only individuals arrested on 9/11 in connection with the attacks were Israeli nationals, some of whom were confirmed Mossad agents that were seen video taping and subsequently celebrating the attacks in a New Jersey parking lot.

The ‘Saudis did it’ angle hinges on the discredited claim that 19 hijackers commandeered and crashed four planes into the Twin Towers, Pentagon and a field in Shanksville. Other than the fact that many of these “hijackers” turned up alive and well in the Middle East protesting their innocence, it is highly doubtful that those claimed to have been behind the controls of the 9/11 planes could have performed this incredible feat when they were known to be terrible pilots with limited experience on commercial planes. And what of the miraculous unvarnished passport discovered near the World Trade Centre adorning the name and picture of Saudi national Satam al-Suqami? Was this laughable impossibility the handiwork of the Saudi government conspirators in an inexplicable attempt to frame themselves? Somebody planted it there, and it obviously was not any agent of Saudi Arabia.

Then there’s the magical suitcase of Mohammed Atta – the bar-hopping, hooker-dating, cocaine-addicted Mafioso wannabe – that was topped up with incriminating “evidence” such as a Koran, a Boeing 757 training video, a flight data recorder, and Atta’s “last will and testament” which amounted to the “Rosetta stone of the investigation.” It conveniently did not get loaded onto the plane, and was quickly picked up by the FBI who then bandied it around as their central proof of Al-Qaeda involvement. Other convenient “clues” like Arabic language flight training manuals were left in rental cars at various 9/11 airports. Surely the Saudis are not in the business of conducting a terrorist operation and then planting fake evidence that would point back to themselves.

And that doesn’t even consider the controlled demolition of the Twin Towers and Building 7, which could only have been accomplished by Israeli and American specialists and insiders who controlled the ownership and security of the World Trade Center. Only high-level US officials could have organized the stand-down at the Pentagon to prevent whatever hit that building from being shot down. Neither could the Saudis have managed to disable US air defenses and NORAD, nor could they have organized the terror drills that mimicked the attacks.

If there were no actual Arab hijackers on 9/11 and the whole thing is a frame up and farce, then the Saudis can’t be considered responsible for financing a terrorist operation that was conducted by others. Whether they were cognizant of it or not, the Saudis financed nothing more than a group of patsies who were selected as fall guys for a highly sophisticated false flag operation organized at the highest levels of US and Israeli intelligence. If there was any blackmail or unseen coercion involved, the Saudis were on the receiving end of it, not the other way around. The empire doesn’t take orders from low-level sheiks in Arabia.

The Saudi rulers – as corrupt, autocratic and reprehensible as they are – are little more than slavish middle-managers of the American-Zionist Empire, a far cry from the domineering Caesarian overlords that the deceptive mainstream media and some Zionist apologists in the alternative media want to make them out to be. Middle-managers cannot organize the biggest conspiracy of the 21st century, hoodwinking the world’s foremost superpower and somehow managing to get away with it.

Whatever is in those 28 pages, it should be considered nothing more than a red herring artifice to steal our attention away from the real captains of terror in Washington and Tel Aviv.