The War on Truth Part 2: Jeremy Hammond Needs Your Help 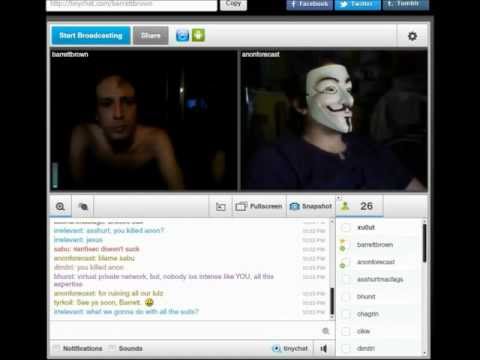 At Jeremy Hammond’s bail hearing last year, Judge Loretta Preska denied bail claiming he was more dangerous than a sexual predator. There are no pending charges against Jeremy for violence or sexual misconduct. Yet Judge Preska has accused him of committing worse deeds.

Judge Preska is also presiding over Hector “Sabu” Monsegur’s case. His sentencing has been postponed several times due to his continuing work as an active FBI informant. A few minutes before the FBI raided Barrett Brown’s home, someone with the screen name “Sabu” entered the chat, presumably to monitor Brown and other members of Anonymous.

“It is widely known that Sabu was used to build cases against a number of hackers, including myself. What many do not know is that Sabu was also used by his handlers to facilitate the hacking of targets of the government’s choosing – including numerous websites belonging to foreign governments. What the United States could not accomplish legally, it used Sabu, and by extension, me and my co-defendants, to accomplish illegally. The questions that should be asked today go way beyond what an appropriate sentence for Sabu might be:

“Why was the United States using us to infiltrate the private networks of foreign governments?

“What are they doing with the information we stole?

“And will anyone in our government ever be held accountable for these crimes?”

When comparing Jeremy’s case to that of his co-defendants, a true double standard emerges. Ryan Ackroyd is serving a 30-month prison sentence in England. Jake Davis served 38 days in a young offenders institute and was electronically tagged for 21 months. Ryan Cleary was jailed for 2 years and eight months for hacking into the Pentagon.

The only difference between Jeremy and his co-defendants is that Jeremy Hammond is an American.

And the US government is terrified of Americans who question the rules, support social movements, and inspire change within a corrupt system.

Who watches the watchmen?

Well, we were supposed to…

And in our absence, Jeremy stood up against the forces threatening to take our civil liberties.

Inform them that Judge Loretta Preska has a conflict of interest in Jeremy’s case due to the fact that her husband is one of the defendant’s victims. Judge Preska exhibits an appearance of bias since her husband is financially tied to Stratfor and many of its clients. Therefore, her decision cannot be viewed as impartial.

In 1969, while employed by the RAND Corporation, Daniel Ellsberg photocopied several sets of classified documents that became known as the Pentagon Papers.

These documents exposed systematic lying by the Johnson administration about success rates and casualty reports during the Vietnam War. Eventually, all charges against Ellsberg were dropped.

Like Daniel Ellsberg, Jeremy had no malicious intention to use or sell the information he had obtained. Jeremy didn’t sell Stratfor’s sensitive information to a competitor.

He didn’t even use the stolen credit card information to make purchases. Instead, Jeremy gave them to the public, who decided the money should be donated to charity.

“I did this because I believe people have a right to know what governments and corporations are doing behind closed doors. I did what I believe is right.” – Jeremy Hammond