JFK Diary Shows He Questioned Whether Or Not Hitler Committed Suicide 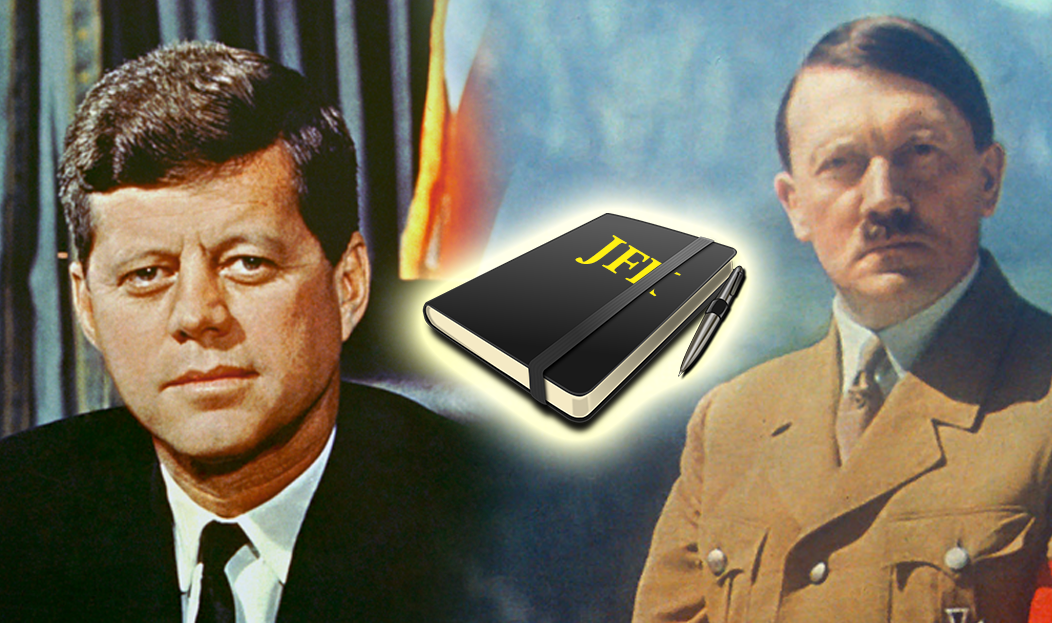 A diary written by 35th US president John F. Kennedy shows the official story surrounding Adolf Hitler’s death was questioned both by himself and Russian officials: 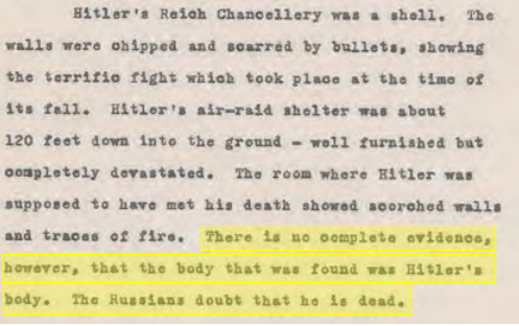 As we can see, President Kennedy asserts that both he and the Russians were not sold on the idea that Hitler had committed suicide in his underground bunker with his wife of two days, Eva Braun.

The diary, which was written in 1945 before JFK was president, talks about the then-political climate. It also includes a lengthy description of the aftermath of WWII. Since the diary was drafted only months after the alleged suicide of Adolf Hitler, this is a more reliable source than a history textbook or lecture.

[RELATED: JFK’s Revenge: Wikileaks Referenced JFK in its Passphrase, was he Killed by the CIA?]

While drafting this diary, Kennedy went on a tour to a couple places where Hitler resided before his alleged death on April 30, 1945. Kennedy seemed to harbor an open-mind about the leader, even labeling him “one of the most significant figures who ever lived,” and even furthermore saying “he had in him the stuff of which legends are made.” 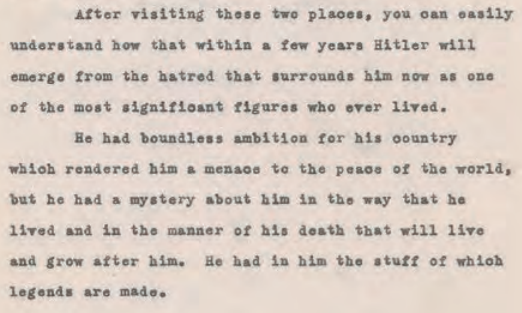 The FBI has also released files which speculate on whether or not Hitler committed suicide, or escaped Germany prior to being captured. One document in particular describes Hitler escaping to Argentina. In it, an unknown source claims to have received $15,000 to help Hitler and a party consisting of approximately 50 people retreat to a ranch hideout in the country. 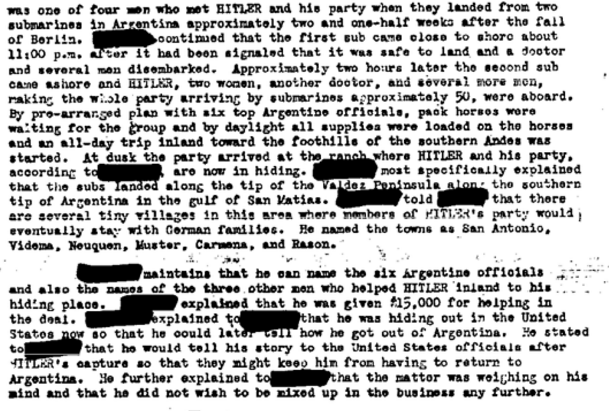 The FBI, it seems, had a reliable source that told them Hitler did not die in a bunker, but in fact escaped to Argentina. Despite also having documents from other sources which echo this claim, the FBI vault website maintains that “FBI Files indicate that the Bureau investigated some of the rumors of Hitler’s survival.” This could illustrate that the FBI was later convinced that this story was untrue.

Furthermore, a video made by HISTORY points out that Hitler’s remains have never been recovered. No body ever recovered was identified as Hitler’s. In the video, you can see that the circumstances surrounding Hitler’s death are really just as questionable now, as they originally were. It seems the only evidence we may have that Hitler died from suicide is the word of one man who was allegedly there during the aftermath.

If Hitler did in fact die in the bunker, it is possible that his body was mutilated beyond recognition. Of course, there are then numerous other possibilities which we cannot consider due to lack of supporting evidence.

Other Noteworthy Conclusions from the JFK Diary

President Kennedy appeared to also have a positive outlook on the future of war between Russia and the United States. Kennedy thought that a clash between Russia and the U.S. would be “indefinitely postponed by the eventual discovery of a weapon so horrible that it will truthfully mean the abolishment of all the nations employing it.”

This quote is abnormally fascinating simply because the last date clearly marked down in the diary is August 1, 1945.  Just days before the first atomic bomb was dropped on August 6th, and the Smyth Report was released on the 12th. Regardless, JFK had to have been blown away by the advancements in nuclear weaponry in the later years, which make the atomic bombs dropped on Hiroshima and Nagasaki pale in comparison. 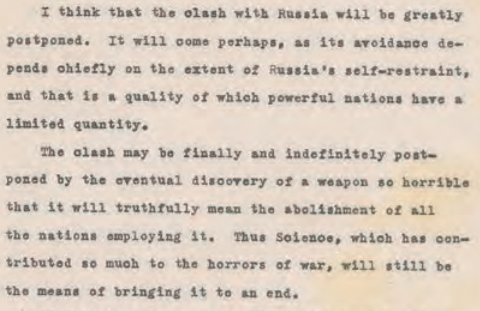 Kennedy later wrote in a diary about a visit to Germany, where he describes the ruins of post-WWII. It appeared that the major cities and railroads were hit the hardest, later saying:

“One of the debatable questions now in Berlin is whether Berlin will ever be built up again into a large city. If Germany remains divided into four administrative units as she is now, Berlin will remain a ruined and unproductive city.”

Clearly referencing the divided political control of Germany following WWII, Kennedy seemed convinced that it would fail. It wasn’t until 1989 that Germany was reunified, following the destruction of the Berlin wall. However, war treaties and occupying armies illustrate evidence that Germany was never fully returned to its people. 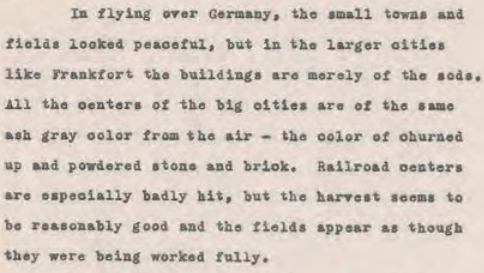 JFK also questioned whether or not the UN would succeed in bringing the world together, saying “in practice, I doubt that it will prove effective in the sense of its elaborate mechanics being frequently employed or vitally decisive in deterring war or peace.”

Regardless, perhaps what is most noteworthy about this diary’s release is that the 35th President of the United States wasn’t so sure that Hitler had committed suicide, as told by the official story. It is unclear whether or not he harbored this belief all the way up to his assassination in 1963. Accordingly, it is unclear whether or not the official story of Hitler’s death is factual or not.