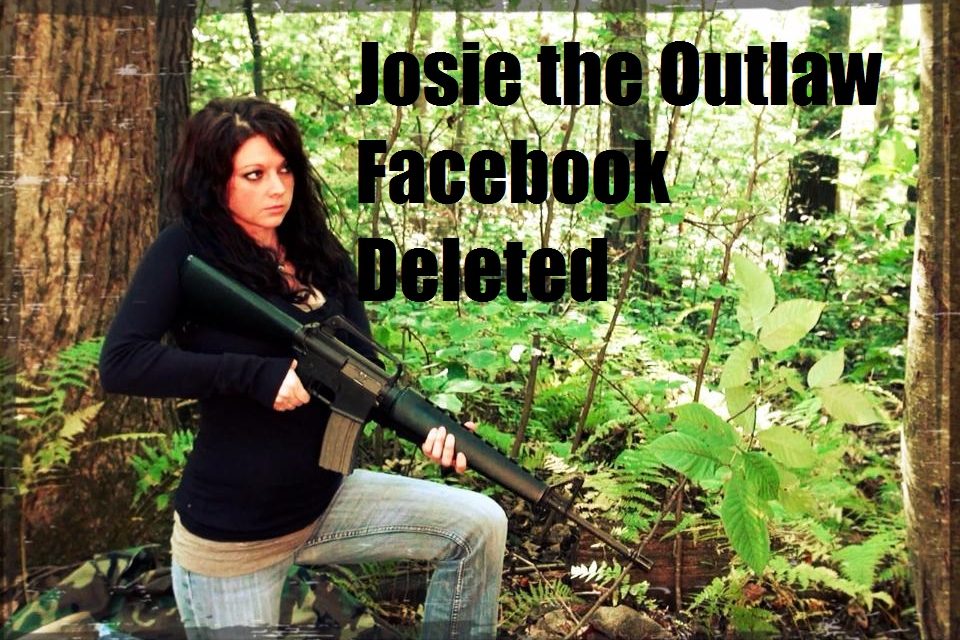 Josie Wales, a.k.a. Josie The Outlaw’s Facebook page has just been deleted without warning.This has happened more than a week after another freedom-centered Youtuber Stefen Molyneux’s channel was disappeared without violating any of Youtube’s policies. The trend of Youtubers losing channels without provocation hit a critical point with the dissipation of Mark Dice’s channel.

“ … Facebook disappeared my other page, with no notice and no response … “

Facebook has been limiting any anti-establishment page that it disagrees with and firearms owner and supporter Josie Wales has fallen under the crosshairs, Josie’s Youtube channel remains up however.

Update: All of Josie’s content was restored, thanks to the help of everyone who contributed in the outcry