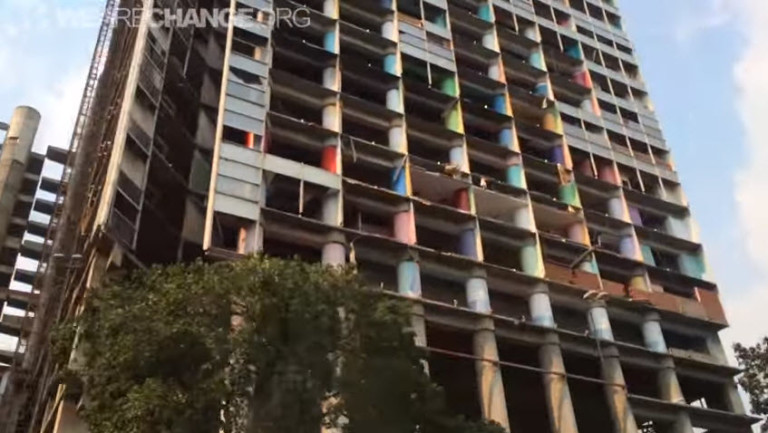 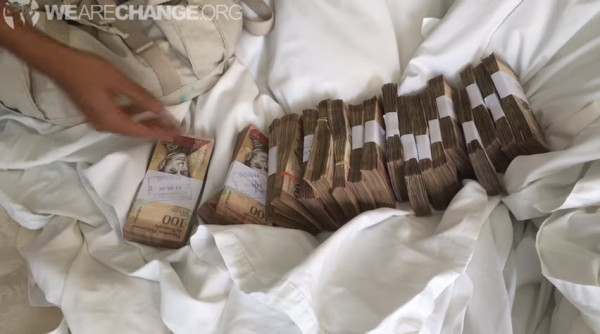 ARACAS VENEZUELA – In recent weeks, two independent journalists traveled undercover to document their experience in the socialist “paradise” of Caracas, the murder capitol of the world, and lived to share an incredible video showing the ultimate conclusion of a state run economy.

Venezuela is in the midst of a complete economic collapse, with all the typical symptoms, including hyperinflation, government price controls, rampant criminal activity and worst of all, a murder problem. Luckily, Luke Rudkowski of WeAreChange, and Jeff Berwick, The Dollar Vigilante, were willing to risk their own well being to lift the veil of socialism and expose the fraud for what is it.

Berwick explains in the video below how they landed at the airport just hours after someone was killed in the terminal where they would later convert a small amount of foreign currency for a back pack full of hyper inflated Bolívar, enough to buy dinner. The Bolivar has experienced a massive devaluation in the last few years which appears to only be accelerating.

“This is a true country in collapse,” Berwick explains. This is hyperinflation and socialism reaching it’s ultimate end”

The Venezuelan government has mandated that all businesses display gun free, smoke free and “racist free” signage as a backwards attempt to curb the gun violence problem that has erupted in the country. But, it should come as no surprise that criminals thrive when their victims are powerless to defend themselves. 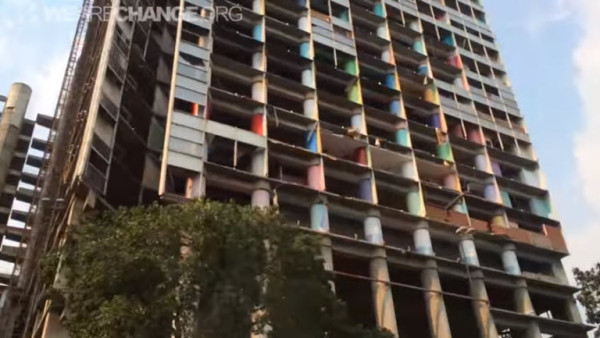 The video goes on to show an abandoned sky scraper known as El Torre de David, which has earned the nickname, “World’s Tallest Slum.” The 45-story building in the center of Caracas is home to an estimated 750 squatters and criminals alike. You may remember this building being depicted in the TV series Homeland.

When governments devalue their currencies, prices naturally rise in order to provide an equal exchange between labor and currency, which is known as inflation. When governments print money at a rate that is unsustainable, prices will inevitably rise at a faster rate.

One restaurant resorted to taping an updated price list on their menus every week in order to keep up with rapidly rising prices to avoid having to print all new menus. Obviously rising prices are never popular with governments and they often blame businesses for being greedy at the expense of the poor. Predictably, the Venezuelan government has implemented an array of price controls on different consumer products to somehow protect their citizens from their own self inflicted inflation problem. When in reality, they are simply making certain products unprofitable to produce. When products are not profitable to produce, businesses stop making them, leading to the next predictable outcome of a manipulated market, shortages.

One of the most widely reported shortages is toilette paper. Fusion reports that shortages of essential hygiene products has led the hotel industry into a state of desperation.

Venezuela’s product shortages have become so severe that some hotels in that country are asking guests to bring their own toilet paper and soap, a local tourism industry spokesman said on Wednesday.

In Merida, a state in western Venezuelan that’s known for its stunning mountain landscapes, small hotels are struggling to stock their rooms with basic supplies, especially as the busy Semana Santa or Holy Week holiday gets underway.

“It’s an extreme situation,” says Xinia Camacho, owner of a 20-room boutique hotel in the foothills of the Sierra Nevada national park. “For over a year we haven’t had toilet paper, soap, any kind of milk, coffee or sugar. So we have to tell our guests to come prepared.”

One of the most telling themes of the video is fear. The Venezuelan people are living in fear of criminals and government officials and it’s likely hard to tell the two gangs apart. Businesses are becoming more of an extension of the state, having to display entire cork boards of licenses and permission slips just to trade goods or services. The streets are a ghost town when the sun sets in fear of being kidnapped, robbed, or killed. No one is friendly, everyone is a potential threat to ones survival. The hunger games have come to Venezuela in the form of socialism.

Throughout history, hyperinflation usually sparks a movement towards a financial safe haven. People seek durable goods, hard assets, or alternative currencies in hopes they can preserve their labor. Traditionally gold and silver have filled that role as a hedge against inflation, but its often hard to cross borders with metal. But thanks to Bitcoin, large or small sums of money can be transferred anywhere in the world via any internet enabled device without government involvement or fear of inflation.

It comes as no surprise that the Venezuelan government has been releasing a steady stream of anti-Bitcoin propaganda in hopes the people won’t lose all faith in the state based currency. The state operated Venezuelan TV released an article claiming that Bitcoin should not be used since it is “being promoted” by criminals and terrorists as if criminals don’t use government currency to finance their operations. The article even blames the popularity of Bitcoin as having a role in the economic collapse…

For Venezuelans it is no secret the damage it has caused to the economy the boost and promotion through pages as Dollar Today has been given an illegal and criminal exchange rate system has caused great harm to the national economy, caused induced inflation levels, which do not correspond to the normal parameters of economic development.

It was recently reported that many people have begun using the BitCoin, as an alternative to evade policies on foreign exchange is driving the Bolivarian Government to ensure proper development of the economy.

They also claim that Bitcoin is not backed by anything and is only used to pay “illegal transactions.” While true, Bitcoin is not backed by anything, it is a precious commodity, similar to precious metals. But Bitcoin doesn’t have a monopoly on criminal activity. Many criminals still deal in government cash. Regardless, Bitcoin is mined into existence just like any other precious metal, except it’s virtual and can be transferred to anyone, anywhere at anytime, at extremely low costs. High profile companies like Overstock.com even accept bitcoin as a payment method and last time I checked, they only sell legal products. Ironically, the Bolivar and every other fiat currency around the globe is backed by the institution of government, which is nothing more than a Ponzi Scheme kept alive by the threat of violence.

With an incredible amount of evidence at our fingertips, it’s sad to see a “democratic socialist” have such popularity in the United States. This socialist phenomenon is so easy to refute, yet people believe only what they want to hear. But for those who bother to lift the veil of socialism they will ultimately find a horrific, disastrous society where individuals risk their lives to escape it. It’s safe to say that Venezuela is feeling the Bern.