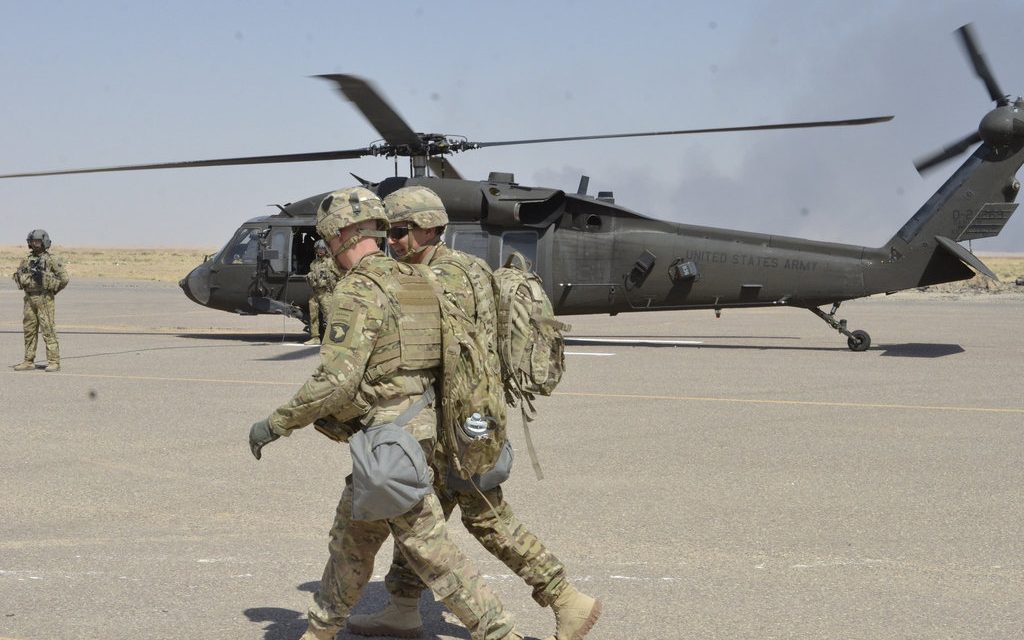 According to figures compiled by Antiwar.com, at least 9,148 civilians, 6,430 security personnel, and 36,661 militants were killed. Also, three U.S. servicemen were killed in combat in Iraq. (A fourth one was killed fighting the Islamic State militants in Syria.) A British bomb disposal expert and 125 members of the Kurdistan Workers Party were killed as well. Two French soldiers, a British bomb disposal expert, and an Australian N.G.O. worker were wounded.

RELATED: Saddam Hussein’s CIA Interrogator Says He Tried To Warn Us, But We Didn’t Listen

Due to the nature of the conflict and the Iraqi government restricting the release of actual numbers, true counts are impossible to derive.

Last month, when 5,719 people were reported killed and another 1,734 were wounded, the United Nations had given reasonable estimates that the Iraqi government later criticized. Subsequently, the U.N. said it would no longer publish estimates concerning security personnel.

Occasionally, however, a glimpse into the extent of the bloodshed is given. For example, the head of the heath department in Erbil, Saman Barzinji, said on December 22 that about 7,595 injured people, including security personnel, had been taken to hospitals in Erbil during operations in Mosul.

However, even assuming that the figure was accurate at the time, it only measures how many wounded arrived at hospitals within Barzinji’s jurisdiction. Many of the injured were treated at field hospitals or clinics closer to the fighting before being released.

Also, figures concerning the number of militants killed could be faulty. Baghdad may be exaggerating the numbers for propaganda purposes. Or, they may even be counting civilians as militants, perhaps accidentally. Without independent confirmation from behind enemy lines, these figures are likely never to be known fully.

In other news, French President Francois Hollande traveled to Iraq to visit with French troops and meet with Iraqi officials.

At least 342 were killed and 31 were wounded in more recent violence:

Five suicide bombers struck at a police checkpoint in Qadisiya, killing seven people and wounding 15 more. Of the dead, five were policemen.

In Mosul, two civilians were killed and 10 were wounded in a suicide attack in Karama. A drone killed 20 militants in a western neighborhood. At least 302 militants were killed in clashes.

Security forces killed a top commander and his companion on Lake Hamrin. At least one more militant was reported killed.

Clashes are ongoing near Baquba.

This article first appeared on Antiwar.com and was written by Margaret Griffis.