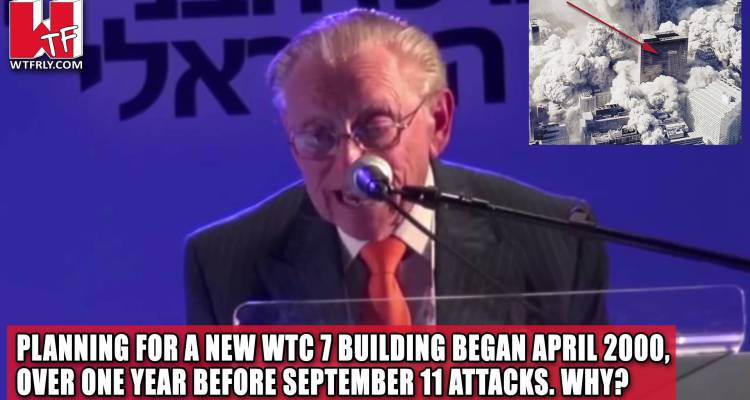 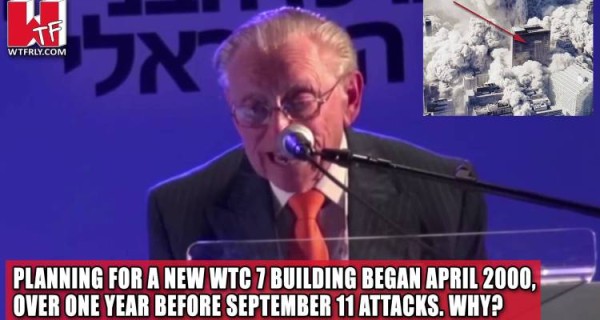 The video of an old speech from World Trade Center developer Larry Silverstein has revealed a key piece of information relating to whether the real estate tycoon had foreknowledge of the September 11 attacks.

In April 2000, over a year before the September 11 attacks, Larry Silverstein held a meeting to discuss plans to replace World Trade Center Building 7. This meeting was revealed during a 2014 speech which Silverstein gave to a pro-Israel group which has not been widely circulated.

“We got the designs. And the first design meeting was in April of 2000. And construction began shortly thereafter, in 2002.”
The old World Trade Center 7 was a 47 story building that was part of the original WTC complex. The building collapsed on the afternoon of September 11, 2001 after the the Twin Towers, WTC 1 and 2 fell that morning.

The mysterious collapse of WTC 7 was explained away by computer-simulated model as part of the US government reports on the 9/11 attacks. It is claimed that falling debris from the Twin Towers penetrated the building, starting a fire which burned out of control. Numerous problems can be found by examining the WTC 7 report against other known facts about the September 11 attacks. The building has become a punch line for jokes about the obvious inconsistencies in the American government’s story about what happened that day.

It is common knowledge for many interested in the truth about the September 11 attacks that Building 7 was reported to have collapsed before it actually did on that day by multiple news channels. England’s BBC News reported that WTC 7 had collapsed due to fire about 20 minutes before it actually happened. The building can be seen still standing in the background of the live broadcast as the reporter and anchor discuss the collapse which they say has already happened.