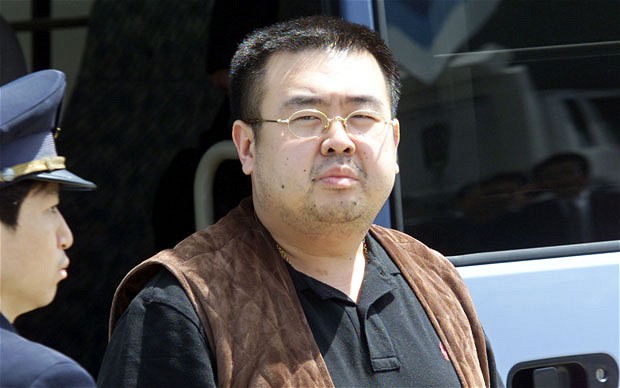 “What we are facing now is the result of their action in assassinating their own citizen in Malaysia, on Malaysian soil, using a strictly banned chemical weapon,” Najib told state media agency Bernama Wednesday.

Following the murder, on Tuesday 7th March North Korea banned Malaysian diplomats from exiting North Korea in response to the investigation into the assassination of Kim Jong Nam. Authorities claim he was poisoned with VX nerve agent at Kuala Lumpur International Airport on Feb. 13. The North Korean embassy has slammed the investigatory probe as “political.”

A North Korean regime source told TIME that Ministry of Stae Security officials had allegedly met with Nam in Malaysia, attempting to persuade him to return to Pyongyang in the presence of his family. This intervention supposedly occurred after officials discovered he had been approached about leading a government in-exile.

The state news agency KCNA said on Tuesday that “all Malaysian nationals in the DPRK [Democratic People’s Republic of Korea] will be temporarily prohibited from leaving the country until the incident that happened in Malaysia is properly solved”. Claims say this was to ensure the safety of its citizens and diplomats in Malaysia. Malaysians in North Korea would be able to carry on their lives as normal.

In rigorous response, Malaysian PM Najib Razak condemned the action as an “abhorrent act”, and claimed it was “in total disregard of international law and diplomatic norms.”In a statement, he added that Malaysians were effectively imprisoned in North Korea.

“Protecting our citizens is my first priority, and we will not hesitate to take all measures necessary when they are threatened.”

Malaysia’s foreign ministry claimed it housed 11 citizens in North Korea. These include three embassy staff, six family members and two others. Neither country has announced how many North Koreans live in Malaysia.

A Malaysian police investigation into the murder of Kim Jong-nam at Kuala Lumpur airport last month has infuriated Pyongyang and named seven North Koreans wanted for questioning by police. Three North Koreans wanted as suspect for the killing are seeking refuge in the country’s embassy, Malaysia’s chief of police said on Tuesday. An employee for North Korea’s state airline pegged as a key suspect, and a senior diplomat called in for questioning are alleged to be inside the embassy at this time.