Massive Attack visit Palestinian refugees in Lebanon: ‘All of them have a right to a life of dignity and beauty’ 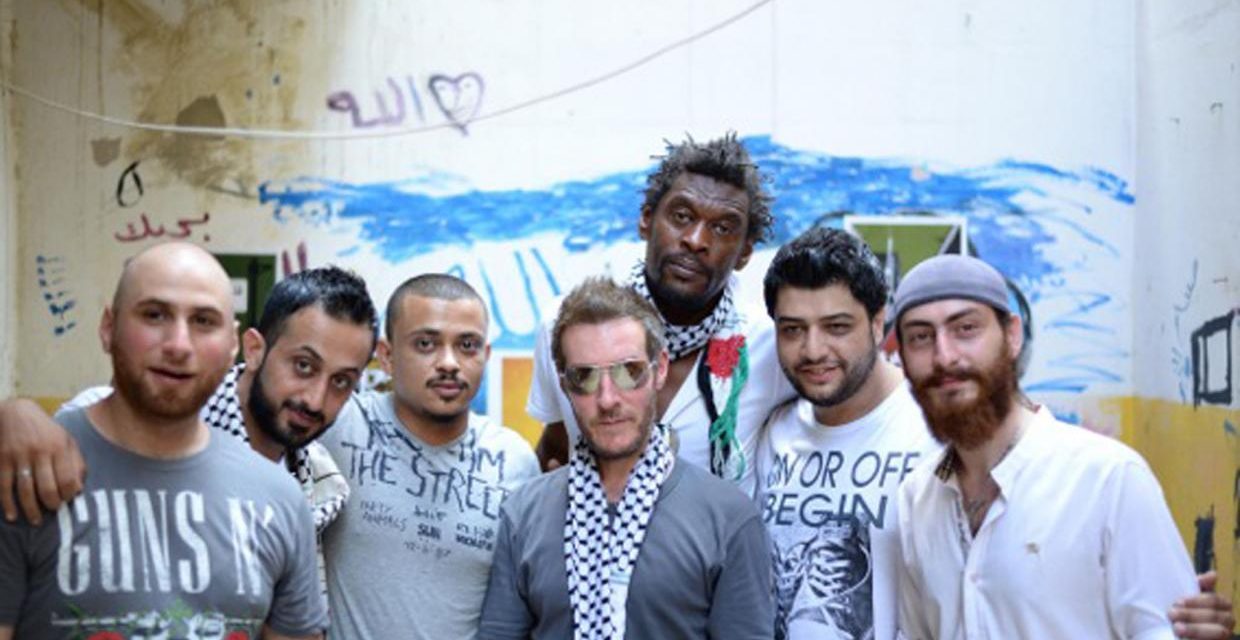 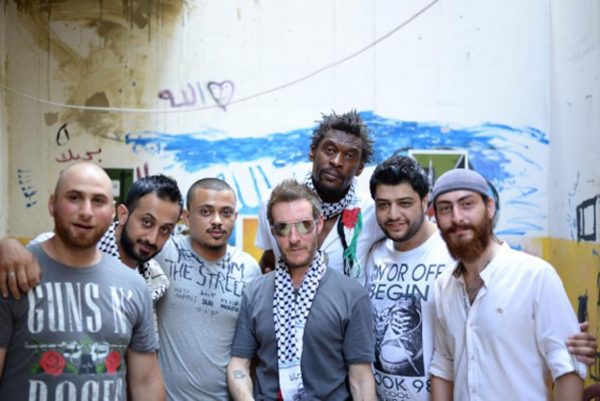 Massive Attack have spoken of their ‘love and commitment’ to supporting the plight of young Palestinian refugees after the political band visited the Bourj el-Barajneh refugee camp in Lebanon yesterday [28 July].

Members Robert Del Naja and Grant Marshall were taken on a tour of the Al Naqab Center, run by Palestinian volunteers. The center, which offers remedial classes, a meeting place for active youth and other social activities, has primarily been set up for Palestinians who have recently arrived from war-torn Syria.

Tonight (29 July), they will stage a concert in Lebanon in collaboration with the Hoping Foundation, part of the proceeds of which will go towards Al Naqab, as well as funding the building of a new public library in a separate camp in the north of the country and supporting the ambulance service in Gaza.

“We wish to especially mention three groups of Palestinian refugees today. First, those we just met, recently arrived from Syria who escaped death but are still living such harsh lives today. They have been made refugees many times – first in 1948, and again since the destruction of the Palestinian camps in Syria.

“Also it is important to bring attention to those Palestinians living in Lebanon since 1948: all the young people I met who weren’t born in Syria were born in Lebanon, and all of them are waiting to go home.

“And today we want to show our love solidarity and support for the Palestinian people in Gaza, indeed most of them are also refugees. All of them have a right to a life of dignity and beauty.

“As citizens of the UK, we are very aware of the role our country has played in shaping the history of the region,” he continued. “Like most people we believe in peace and justice over violence and oppression.

“The crisis for Palestinians everywhere is most evident with the horrific violence and loss of life we have been witnessing in Gaza these past weeks. Massive Attack have always supported the Palestinian people in their struggle. We are therefore honoured to be working with these young people, and with the Hoping Foundation that serves them.”

The band, who have long been vocal in their solidarity with the Palestinians in Gaza, used their headline slot at Longitude Festival over the weekend to highlight the widening humanitarian crisis caused by the conflict in Israel.

A lit-up message behind the performers said: “Gaza has been ocupied [sic] or under restrictions since 1948.”