McAfee will run as Libertarian Party candidate for president 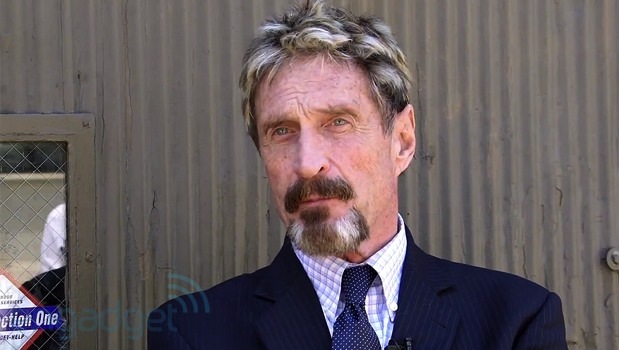 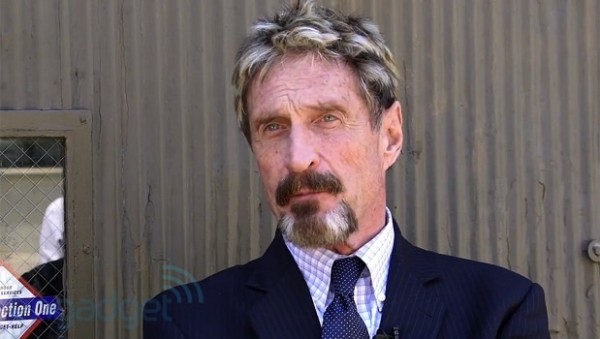 The mercurial McAfee, who this year announced his run for the presidency under the Cyber Party to “disrupt the political status quo” and warn of the “dangerously ignored issue of cybersecurity,” said in a phone interview today he will join the Libertarian Party, where he is likely to land the nomination.

“They have (10) candidates (for president), none of whom have personality,” said a laughing McAfee, who is is running on a platform to pardon all marijuana users in prison and “stop the U.S. from being the world’s policeman.”

The unconventional presidential run is McAfee’s latest headline-grabbing adventure. The 70-year-old cybersecurity pioneer, who was named as a “person of interest” in an unsolved 2012 murder case in Belize and later claimed he is a target of a Central American hit squad for his criticisms of the Belize government, has been the subject of profiles in USA TODAY, network news, Wired magazine and the international press.

His fame has also landed him the role as subject of a forthcoming miniseries on cable network Spike.

McAfee said a representative from the Libertarian Party contacted him Tuesday about representing the party. The party’s convention is in late May in Orlando, Fla.
MCAFEE16
John McAfee – 2016

The Lexington, Tenn., resident, whose campaign headquarters is in Opelika, Ala., said he is confident he’ll get the nomination, and have his name on ballots in 50 states. “For me, it’s important to get boots on the ground,” he said.

Doug Craig, a national board member of the Libertarian Party, said he recently discussed ballot access with McAfee, and the challenges an independent candidate faces. “He fits right in with our political philosophy,” Craig says.

Former New Mexico Governor Gary Johnson, who was the Libertarian Party’s presidential nominee in 2012, has repeatedly said he is likely to run but has not yet declared.

Expect to see plenty of McAfee in the coming months, and not just on the campaign trail. He is the subject of a TV miniseries from Billy Corben, who directed Cocaine Cowboys and ESPN’s 30 for 30 documentary on the University of Miami football program, that is scheduled to premiere in May 2016. McAfee has also been penning columns the past several months for the International Business Times. One recent piece was on the rage of psychedelic drugs in the work place.

In his spare time, McAfee has developed a computer program to predict world events. Among them: On Dec. 26, India’s chief mobster will retire and name a successor.

The most high-profile project, however, is expected to be the Spike series.

“I spent entirely too much time with Billy,” McAfee said. “He either thinks I’m a very complex individual or just simple.”

Corben, who criss-crossed the country documenting McAfee, said he found McAfee to be one of the most intriguing and challenging people to film. “There are so many layers there,” Corben said. “It’s hard to say where the series will lead to.”