Michigan Loses ‘Right To Farm’ This Week: A Farewell To Backyard Chickens and Beekeepers 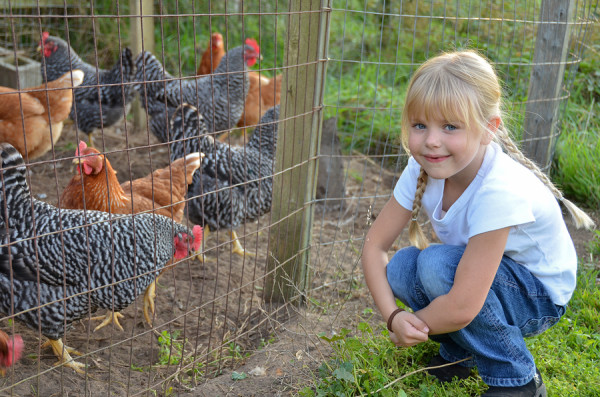 Michigan residents lost their “right to farm” this week thanks to a new ruling by the Michigan Commission of Agriculture and Rural Development. Gail Philburn of the Michigan Sierra Club told Michigan Live, the new changes “effectively remove Right to Farm Act protection for many urban and suburban backyard farmers raising small numbers of animals.” Backyard and urban farming were previously protected by Michigan’s Right to Farm Act. The Commission ruled that the Right to Farm Act protections no longer apply to many homeowners who keep small numbers of livestock.

Kim White, who raises chickens and rabbits, said, “They don’t want us little guys feeding ourselves. They want us to go all to the big farms. They want to do away with small farms and I believe that is what’s motivating it.” The ruling will allow local governments to arbitrarily ban goats, chickens and beehives on any property where there are 13 homes within one eighth mile or a residence within 250 feet of the property, according to Michigan Public Radio. The Right to Farm Act was created in 1981 to protect farmers from the complaints of people from the city who moved to the country and then attempted to make it more urban with anti-farming ordinances. The new changes affect residents of rural Michigan too. It is not simply an urban or suburban concern.

Shady Grove Farm in Gwinn, Michigan is the six and a half acre home to 150 egg-laying hens that provide eggs to a local co-op and a local restaurant. The small Michigan farm also homes sheep for wool and a few turkeys and meat chickens to provide fresh healthy, local poultry. “We produce food with integrity,” Randy Buchler told The Blaze about Shady Grove Farm. “Everything we do here is 100 percent natural — we like to say it’s beyond organic. We take a lot of pride and care in what we’re doing here.”

Shady Grove Farm was doing its part to bring healthy, local, organic food to the tables of Gwinn residents, and it mirrors the attitudes of hundreds of other small farming operations in Michigan and thousands of others popping up around the nation. The ruling comes within days of a report by The World Health Organization that stated the world is currently in grave danger of entering a post-antibiotic era. The WHO’s director-general Dr. Margaret Chan argued that the antibiotic use in our industrialized food supply is the worst offender adding to the global crisis. “The Michigan Agriculture Commission passed up an opportunity to support one of the hottest trends in food in Michigan – public demand for access to more local, healthy, sustainable food,” Gail Philbin told MLive.

Meanwhile, neighboring Indiana Governor Mike Pence signed Senate Bill 179 a few weeks before which freed up poultry and egg sales from local and state regulation. Yesterday, the USDA Secretary Tom Vilsack announced massive funding to support research about small and medium-sized family farms, such as small farms ability to build-up local and regional economic systems. “There’s a lot of unnecessary legal action being taken against small farms who are doing good things in their communities,” said Randy Buchler, who is also on the board of directors for the Michigan Small Farm Council. The Michigan Small Farm Council actively fought to support Michigan farming freedom, but ultimately the Commission voted to approve the new restrictions.

“Farm Bureau has become another special interest beholden to big business and out of touch with small farmers, and constitutional and property rights of the little guy,” Pine Hallow Farms wrote to the Michigan Small Farm Council. The Michigan Farm Bureau endorsed the new regulatory changes. Matthew Kapp, government relations specialist with Michigan Farm Bureau, told MLive that the members weighed in and felt that people raising livestock need to conform to local zoning ordinances. The Farm Bureau did not feel Michigan’s Right To Farm Act was meant to protect the smaller farms, and ultimately the Michigan Commission of Agriculture and Rural Development agreed.