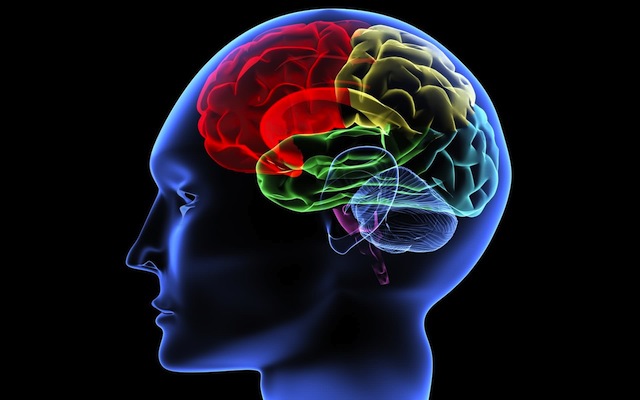 As reported before, aspartame has been shown time and again in studies (the ones not commissioned by the industry) to be bad for you.

Now yet another new study, this one published in the journal Redox Biology, has concluded what lots of other research over the past decades has repeatedly shown — aspartame, the popular sweetener in over 6,000 grocery store items, including everything from soup mixes to carbonated beverages to chewing gum — can essentially program your brain cells to kill themselves.

Apoptosis is defined as, “the process of programmed cell death in multicellular organisms. Biochemical events lead to characteristic cell changes and death.”

So even at the FDA acceptable levels, consuming this chemical is just not good for you, no matter what the mega food corporations and their lobbies say.

Aspartame (otherwise known by its brand names NutraSweet and Equal) is one of the most widely used artificial sweeteners in foods today. It breaks down into three components: 50 percent phenylalanine, 40 percent aspartic acid, and 10 percent methanol (yummy). It comes from genetically modified (GM) E. coli bacteria, and by “comes from”, I mean aspartame is GM bacteria poop (super yummy). Aspartic acid is an excitotoxin, methanol is the wood alcohol used in antifreeze, and too much of the amino acid phenylalanine in the brain can decrease serotonin levels over time, leading to chemical imbalances that can actually induce mood disorders and depression.

Dr. Mercola has noted that aspartame actually accounts for over 75 percent of adverse food additive reactions reported to the FDA, including:

It’s the methanol released during aspartame’s metabolism, in this particular case, which these researchers say is helping to generate free radicals that lead to cell damage and death:

This study provides a scientific evidence to conclude that aspartame is toxic to the body system and particularly in brain it increase the free radicals and triggers the apoptosis. Aspartame consumption in a long-term basis may affect the brain. It may be due to its metabolite methanol Aspartame may act as a chemical stressor as indicated by the corticosteroid level. (source)

But I guess we should just keep on consuming it, right?

When I typed “FDA Aspartame” into Google’s search engine to get the FDA’s official take on how safe and wonderful this chemical is for everyone to eat all the time, ironically, the first thing that popped up was a file on the FDA.gov website about aspartame’s toxicity that lists off at least 50 horrible side effects people have experienced from eating and drinking this stuff.

The document, Docket # 02P-0317 Recall Aspartame as a Neurotoxic Drug: File#4: Reported Aspartame Toxicity Reactions by Mark Gold of the Aspartame Toxicity Information Center, also notes that the FDA admittedly stopped recording aspartame toxicity reactions back in 1995, so its figures on exactly who is being negatively affected by aspartame and how aren’t just sketchy, they’re apparently nonexistent:

The FDA and NutraSweet have claimed that the number of reported adverse reactions have declined substantially since the mid-1980s (Pauli 1995, Butchko 1994). In addition, the FDA recently claimed that the number of reported toxicity reactions for 1995 was only 11 (WSJ 1996)! It is important to realize that during the mid-1970s the FDA was investigating wrong-doings of the aspartame manufacturer and stated the facts exactly as they found them:

”[The manufacturer] lied and they didn’t submit the real nature of their observations because had they done that it is more than likely that a great number of these studies would have been rejected simply for adequacy. What Searle did, they took great pains to camouflage these shortcomings of the study. As I say filter and just present to the FDA what they wished the FDA to know and they did other terrible things for instance animals would develop tumors while they were under study. Well they would remove these tumors from the animals.” [FDA Toxicologist and Task Force member, Dr. Andrian Gross (Wilson 1985)]

During the late 1970s and early 1980s, a number of key government and FDA officials left their jobs to work with companies related to the aspartame industry (GAO 1986). This included key FDA officials such as the head of the FDA Bureau of Foods becoming a Vice President of the National Drink Association and the FDA Commissioner becoming a high-paid consultant for the manufacturer’s PR firm, Burston Marsteller (Gordon 1987). After this period of time, there was no scientific evidence and no amount of serious toxicity reports that could get the FDA to seriously consider funding independent, properly-conducted (e.g., chronic exposure) research. That appearance of the FDA being under the total control of the manufacturer, Monsanto, continues to this day.

I include these comments about the FDA to demonstrate why no independent scientist familiar with the aspartame issue takes statements from the FDA such as “11 reported reactions in 1995? seriously.  There are many people, including myself who have received that many toxicity reaction reports in a single day during 1995. The reality is that independent organizations have noted that aspartame toxicity reaction reports given to them have *increased* every year since the late 1980s (Stoddard 1995).  It is also important to note that in mid-1995, the FDA admited that it had stopped recording aspartame toxicity reactions (Food 1995).  That may have something to do with why the numbers that the FDA reported to the Wall Street Journal (WSJ 1996) were so small! (source)

That might be a good question for our current FDA Deputy Commissioner for Foods, Michael Taylor, who used to be Vice President of Public Policy and a lawyer for Monsanto. He might have some special insight, considering that Monsanto purchased G.D. Searle, the chemical company that held the patent to aspartame, back in 1985.