More than 200 arrested in panhandling crackdown around downtown Dallas 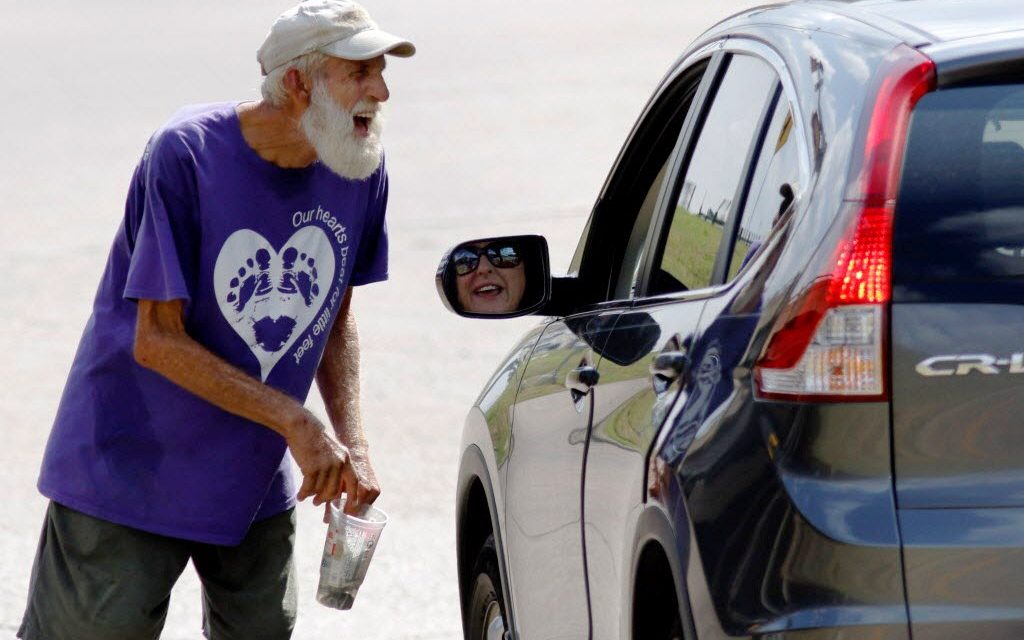 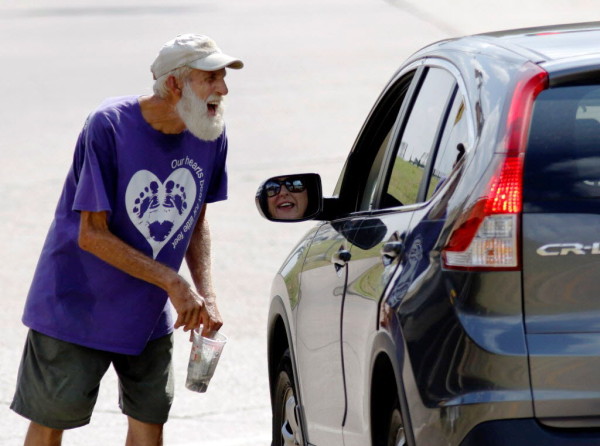 Jeffrey Schultze worked the southwest corner of the R.L. Thornton Freeway service road at Munger Boulevard, seeking money from passing motorists, in September. (2015 File Photo/Ron Baselice)
More than 200 people have been arrested since Dallas police started cracking down on panhandlers in and around downtown.
Dallas police crackdown on ‘aggressive’ panhandlers is underway; arrests already made
As of Wednesday, 223 Class C misdemeanor arrests have been logged as part of an initiative that began Feb. 1. Many of those arrests have been repeat offenders, including one man who has been arrested seven times, police said.

Among those arrested several times is 66-year-old Jeffrey Schultze, who asks drivers for money along Interstate 30 outside downtown. Schultze has been arrested twice on a solicitation of a vehicle charge.

Police say that 45 people arrested in the crackdown have violent criminal histories. Downtown residents and workers have complained for months that they are routinely asked for money, often by people who won’t take “no” for an answer.

Officials said plainclothes and uniformed officers are stationed downtown to catch aggressive panhandlers in action from 6 a.m. to 10 p.m., seven days a week. But, police officials say, many of the panhandlers are back on the street the next day or days after they are arrested.

Police are looking at ways they can enhance the misdemeanor charges to ensure that the repeat offenders stay off the street.