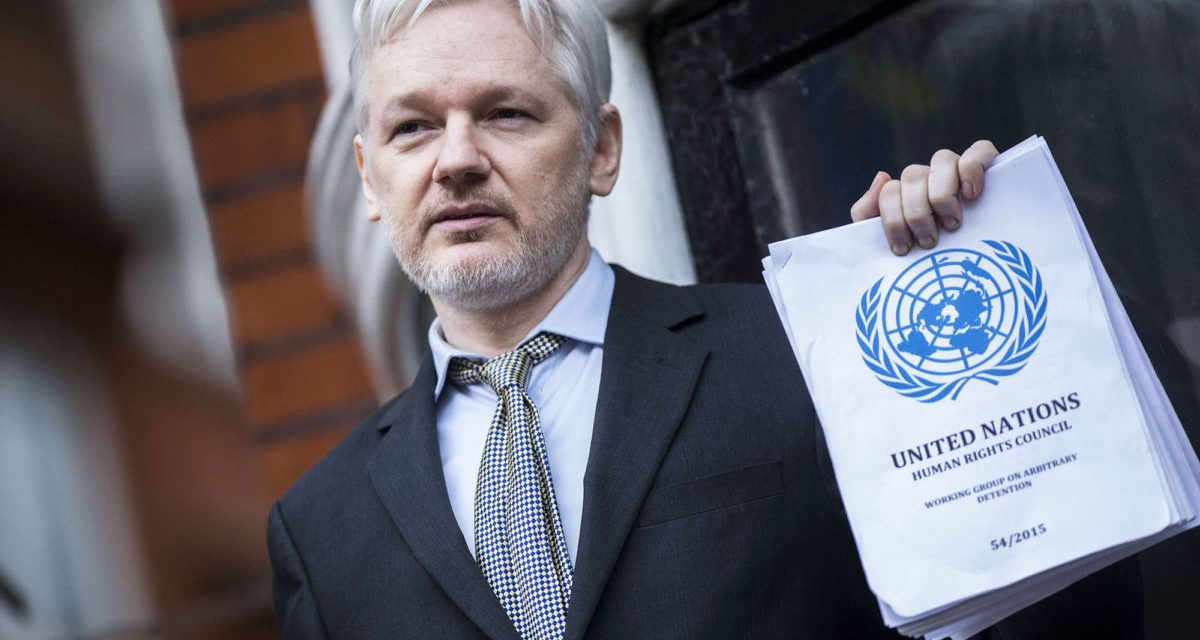 WikiLeaks tweeted an anomalous warning Friday afternoon: “NOTE: No present Wikileaks staff, including our editor, have medical, psychological or drug conditions which could lead to sudden death.”

What does it mean, and is Wikileaks preparing the world for a massive release?

NOTE: No present WikiLeaks staff, including our editor, have medical, psychological or drug conditions which could lead to sudden death.

Wikileaks kicked off 2017 by campaigning for funding, and stating that if you thought 2016 was big, 2017 was going to blow you away.

If you thought 2016 was a big WikiLeaks year 2017 will blow you away. Help @WikiLeaks prepare for the showdown: https://t.co/MsNZhrTzTL pic.twitter.com/wzhFiKjNGI

Is Wikileaks planning a massive leak? If so, we might have an indication of what that leak could be. Kim Dotcom told WeAreChange’s Suzie Dawson that 2017 was going to be a big year for New Zealand. He asserted that 2 terabytes of data would be made public.

Although this is just speculation, Wikileaks may have something else up their sleeve. One thing is for sure, they wouldn’t just tweet out an obscure warning that claimed none of their staff has “medical, psychological or drug conditions which could lead to sudden death.”

It is a well known fact that the CIA Director William Colby exposed during the church hearing, that in 1975, the CIA had a heart attack gun. Former agent Mary Embree talked about in further context, explaining how she was tasked to discovering a poison that would be soluble in the bloodstream that was untraceable in toxicology reports.

Some suspect that the infamous Andrew Breitbart was one victim of this weapon. He warned that he had a huge scoop and was set to release what he had, but then suddenly had a heart attack.

If you want to stay up for a night in utter dumbfounded stagnation to truly get your brain thinking, look up a list of people who were killed mysteriously by a heart attack. Now that doesn’t mean that everyone was killed by this weapon, but this weapon does indeed exist.

If in 2017, you don’t think a chemical concoction can be created to induce intense heart palpitation to the point where one’s heart explodes or other biological effects, we now have transhumanism where people can have metallic hearts, I can’t help you. In fact, there is a department where they sell biological weapons that can cause all sorts of health problems in the government. It is called the creative reagents program.

Then there is the fact that, a scientist has created the world’s most deadly virus.

This directly contradicts the CDC’s claim that we can’t create viruses. So there are many ways to covertly kill someone in 2017.

CIA director WIlliam Colby once said, “If they want you dead they can make your death look like a suicide and no one would be the wiser.”

Its also worth noting that Assange faced an unknown intruder who attempted to climb into his embassy window last summer.

Again, why would Wikileaks tweet out something like this unless they were planning a massive release? They have released dozens of U.S. cables, DNC emails, NSA documents, and more and never tweeted that out before, and always tweeted insurance files, why suddenly change protocol?