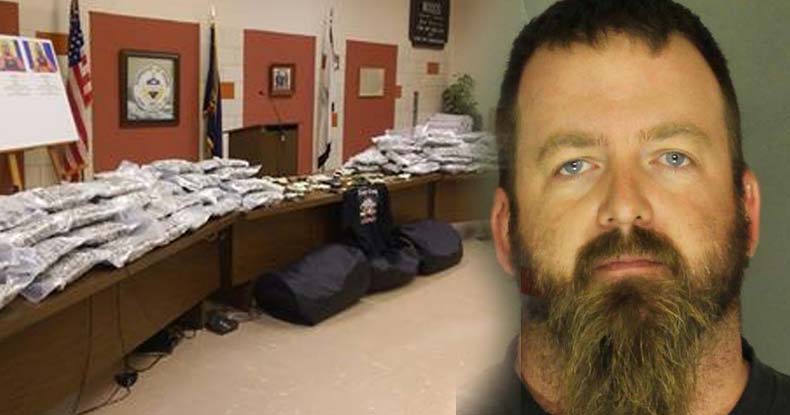 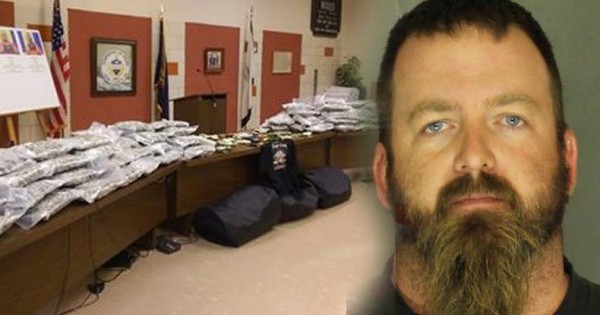 A California police officer was recently busted after driving 247 pounds of marijuana all the way across the country. Yuba County Deputy Christopher M. Heath was caught in York, Pennsylvania with a shipment of marijuana that was worth over $2 million. Heath was reportedly on vacation from his job at the Yuba County Police Department at the time of his arrest.

The York County Police Department has been cautiously silent about the investigation, and they have refused to comment on the details of the arrest, and how they became aware of the shipment.

“One has to be both saddened and angry that a law-enforcement officer was allegedly involved,” Kearney said, adding that “This was a very sophisticated operation, and obviously a large one.”

Investigators also had no idea that Heath was a cop until after the bust.

“I will tell you prior to the stop we were unaware that this individual was law enforcement,” Kearney said. “We did not become aware of that until we made the stop.”

Heath, along with two other men, Tyler N. Long, and Ryan J. Falsone traveled across the country in two pickup trucks where the marijuana was stashed in vacuum-sealed bags.

Chief deputy prosecutor David Sunday said that while marijuana is not the department’s main focus, they are still targeting marijuana dealers in their investigations.

“We spend a majority of our time focusing on heroin and cocaine (dealers),” Sunday said. However, he defended the arrest by saying that the men were caught with “a startling amount of marijuana.”

“He was assigned to a narcotics task force … (for) almost three years. Conditions are very good in Yuba County for the growing of marijuana. We take down high-poundage dealers with some frequency, and take down growing operations sometimes with as many as a thousand plants,” Read said

This case is especially interesting because Heath was an officer on a narcotics task force, meaning that he was responsible for putting nonviolent people in prison for using and selling drugs. Meanwhile, he himself was selling drugs and taking part in the same actions that he was locking people up for.

Of course, it is the view of the Free Thought Project (and Activist Post – Ed.)that anyone should be able to possess marijuana, as it is an incredibly beneficial plant. While those who would lock up morally innocent people for possessing a plant are bad enough, it takes a uniquely vile individual to ruin the lives of countless individuals while at the same time committing equivalent acts.

This hypocrite is currently on paid vacation from the department in Yuba despite admitting to transporting the marijuana from California to Pennsylvania. Heath is free on a $1 million bond.