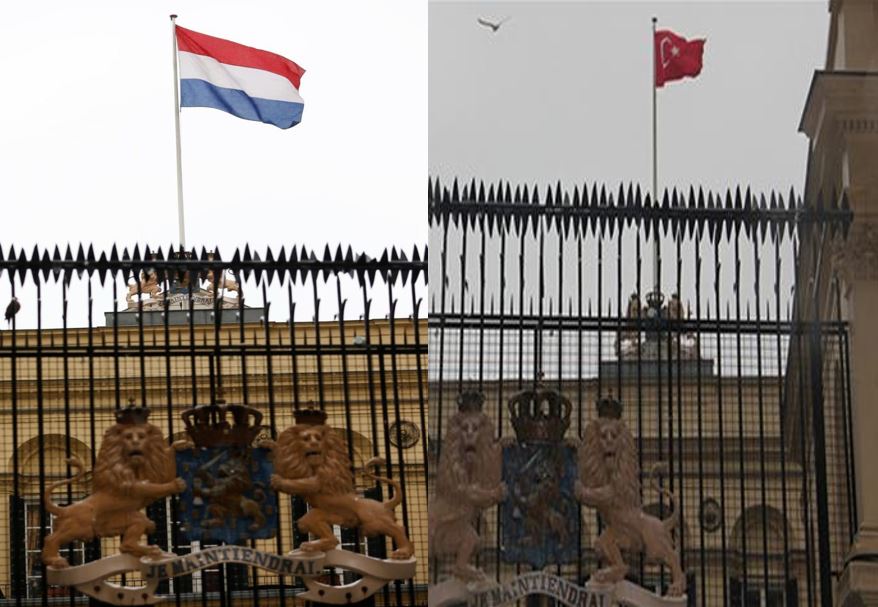 What started as a minor conflict between two leaders has now sparked into a conflict garnering the world’s attention.

The two NATO treaty countries, Turkey and the Netherlands, have been experiencing a decline in the health of their diplomatic relations recently, after Dutch Prime Minister Mark Rutte blocked the Turkish Minister of Family and Social Policies from holding a public speech and visiting her country’s consulate located in Rotterdam. Turkish Foreign Minister Mevlüt Çavusoglu was also barred from entering the country a day earlier.

Minister of Family and Social Polices, Dr. Fatma Betül Sayan Kaya, tweeted out a heated response yesterday. Despite the fact she normally doesn’t tweet in English, she issued a several tweet long response in English.

1) Year 2017; Europe, so-called center of contemporary civilization! We are not allowed to step in Turkish Consulate General, our own land.

Turkish President Tayyip Erdogan also did not respond to this very well, and was reported to say that “what we have seen is a clear manifestation of Islamophobia. I have said that I had thought Nazism was over, but that I was wrong. Nazism is alive in the West.”

President Erdogan also reportedly threatened to block Dutch flights from landing in Turkey, saying “ban our foreign minister from flying however much you like, but from now on, let’s see how your flights will land in Turkey.”

The Recent Coup Attempt in Turkey

The country of Turkey has not been a stranger to controversy in recent years. In July 2016, the country experienced a failed coup which spurred from factions of the Turkish military force. The U.S. has a rather long history of selling the Turkish government weapons and giving aid. The alleged ringleader of the failed coup, Fethullah Gülen, currently lives in political exile in Pennsylvania, despite Turkey’s efforts to have him extradited.

Turkish news reported back in February that the remaining Turkish soldiers involved in the failed coup were given asylum in Netherlands, which understandably would anger a leader trying to get to the bottom of a crime in their country.

Dutch consulate in #Istanbul: The flag of the #Netherlands has been replaced by the #Turkish flag while crowd is chanting 'Allah-u-Akbar' pic.twitter.com/0ewdWZrkPC

Dutch Prime Minister Rutte responded to this controversy on his Facebook page. In Dutch, the Prime Minister made claims of protecting the public order and security of the Netherlands, and cited a threat of sanctions as part of the reason the Turkish ministers were blocked from entry.

It also appears as if the Turkish officials were warned that this was going to happen in the first place, and that a solution was “impossible.” However, Prime Minister Rutte affirmed his commitment to healthy dialogue between the two states, and that the two governments will remain in contact.

For now, it seems that there will be more to come on this story before we can assess how or if it will affect the NATO alliance.