New Colorado law would fine cops $15,000 for interfering with citizens’ right to film them 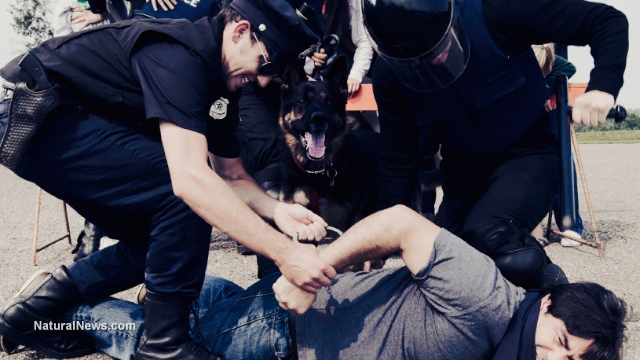 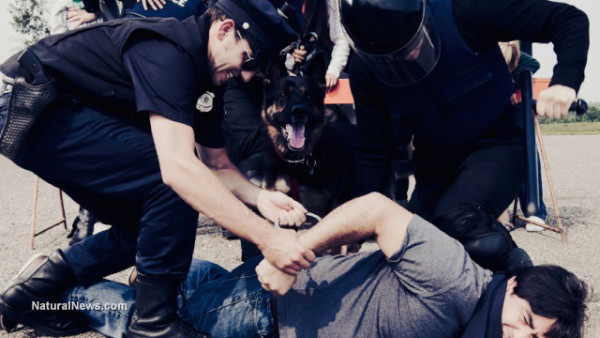 (NaturalNews) A collection of police oversight measures that have been introduced in the Colorado Legislature includes one bill that would impose a $15,000 civil penalty if a police officer seizes or destroys the camera or video device of a citizen trying to film them in action.

“Primarily, it came up as a result of the number of news reports we’ve been seeing about police officers telling people, ‘Give me your camera,’ or taking the data away, and that is unacceptable conduct,” Rep. Joe Salazar, a Democrat from Thornton and co-sponsor of the bill, told ABC 7 news of Denver.

Salazar said his measure, HB 15-1290, has bipartisan support and is not intended to punish police officers.

“It takes a very special person to be a police officer,” he said. “We want to honor them, but at the same time, we have a few bad apples who need to be aware that their conduct now has major, major consequences.”

The state lawmaker went on to say that one incident in particular caught his attention: a woman in Denver claimed that city police prevented her daughter from videoing the aftermath of the shooting of Jessica Hernandez, 17, who was riding in a stolen car.

As reported by ABC 7:

Bobbie Ann Diaz lives right in front of the Park Hill ally [sic] where it happened in January. One of her daughter’s [sic] was in the car with Hernandez and another daughter, Brianna, came outside with Diaz after they heard the gunshots.

Diaz said an officer stopped her after she left her yard, telling her he would arrest her if she didn’t cooperate.

Diaz told the Denver affiliate, “The officer had me apprehended, he wouldn’t let me go.”

Diaz went on to say that she yelled to Brianna, who was still on the family’s property behind a fence, to record what was happening as officers removed Hernandez’s lifeless body from the car.

“At that time, [the officers] put Jessie down and they were on their knees yelling at Brianna that she better not record. She better not,” Diaz said. “She got scared. She got intimated [sic]. These are big officers and she didn’t want to make things worse.”

At the time, Diaz said she was not aware of any restrictions on civilians videotaping police in action and that they have a right to record police as long as they are not interfering with any investigations.

“I wanted to cooperate with them,” she told ABC 7. “And I didn’t know it was our right to keep recording on our property.”

The Denver Police Department would not comment to the local news team regarding the Hernandez case because officials said it was still under investigation by the Denver District Attorney’s Office.

Videoing or photographing police in public is constitutionally protected

Wheat Ridge Police Chief Dan Brennan, a spokesman for the Colorado Association of Chiefs of Police, told ABC 7 that he understands that a citizen has a right to record law enforcement, but the organization nonetheless opposed the $15,000 fine because there is already a judicial process for determining whether or not an officer acted inappropriately.

While there might be some local restrictions, the American Civil Liberties Union, in a primer on the organization’s web site titled “You Have Every Right to Photograph that Cop,” said that taking photos or shooting videos of things that are plainly visible in public is a constitutional right.

“[T]hat includes the outside of federal buildings, as well as transportation facilities, and police and other government officials carrying out their duties,” said the ACLU.

Nevertheless, there is a widening, continuing pattern of local law enforcement demanding that citizens stop taking pictures and videotaping their work “and harassing, detaining and arresting those who fail to comply.” The civil rights organization further stated that it has often complained about such behavior on the part of law enforcement and has consistently won in courts of law when defending people who were arrested for taking video or photographs of officers.
Sources include: