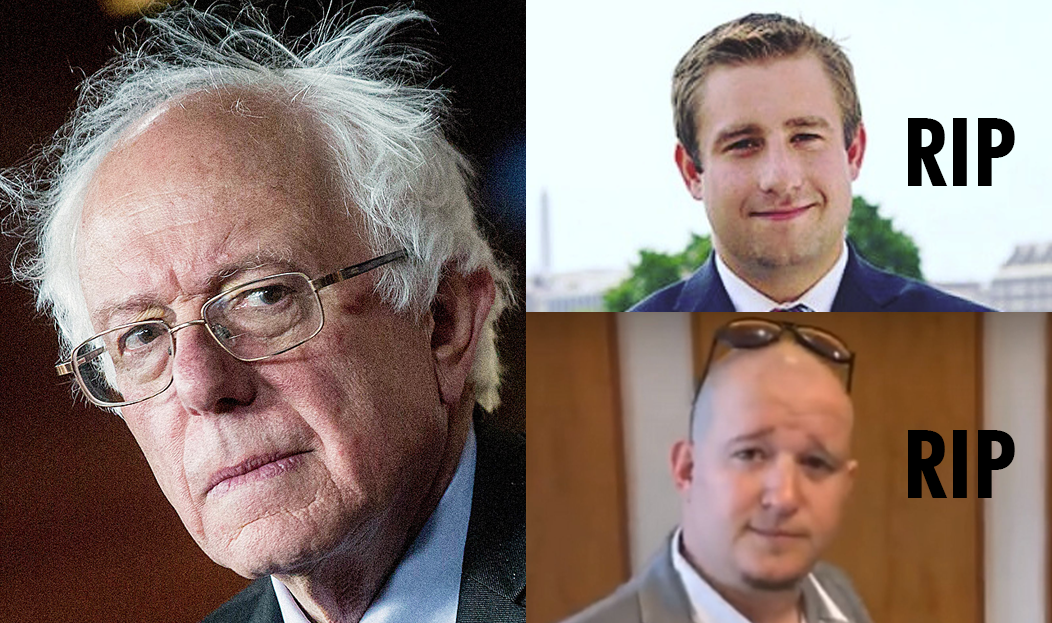 For months now the Russians have been touted as the group that influenced our electoral process without any evidence but something happened last May in Nevada to a former presidential candidate that needs further investigation that is a far bigger threat to Democracy, and no one is talking about it.

Bernie Sanders revealed in May that shots were fired into his Nevada campaign office and that an “apartment housing complex my campaign staff lived in was broken into and ransacked.” The Democratic presidential candidate did not explicitly blame his rival, Hillary Clinton, for the actions the Weekly Standard reported.

But that didn’t get any national media attention, and it seemingly died under a chorus of chairs being alleged to have been thrown in Nevada. Which turned out to be fake and was in the end debunked and retracted.

RT this! NO chair throwing at #nvdemconvention – guy picks chair up, puts it down, they HUG it out. #TeamBernieNV pic.twitter.com/mBZmEeg1T5

Sanders made the statement in response to “criticisms made against my campaign organization,” during this same event.

Although it could be vandals it makes less sense that vigilantes would shoot a campaign office and break into staffer’s apartments and ransack through them. Considering the Wikileaks emails, we now know the political bias the DNC had towards Hillary Clinton over Senator Sanders during the 2016 election. So this specific instance should be highly suspicious and troubling occurring three months from the Democratic National Convention that took place within Philadelphia in July.

This needs to have every rock turned over, and every former person in the DNC probed as this threatens our very fabric of democracy when a presidential candidate is intimidated. This is clearly a hired job as the two events don’t just happen as a “coincidence.”

To make the situation worse for the Democratic party, their Data Director Seth Rich turned up dead a few months later from an alleged “botched robbery” that was suspiciously timed where the perpetrators took nothing of value. That footage is alleged to have shown multiple people murdering him.

[RELATED: Surveillance Camera May Have Captured the Murder of DNC Staffer Seth Rich]

Add that suspiciously timed death to the suspicious apartment break-in and shootings at a campaign office months prior, and you have a situation that had it happened to Sanders’ rival Hillary Clinton it would have been all over national news.

Then there is the murder of Shawn Lucas, the attorney who had filed a lawsuit against the DNC who was found dead in his bathroom on Aug. 2, 2016.

The lawsuit Lucas filed claimed that DNC Chairwoman Debbie Wasserman-Schultz helped rig the Democratic primary in favor of Hillary Clinton. Something that Wikileaks helped confirm months after his death which ultimately caused Schultz to resign.

[RELATED: Study Finds that Without Election Fraud Sanders Would Have Won by Landslide]

[RELATED: Media Blackout: Elephant in the Room Incredible Election Fraud All in Favor of Hillary Clinton]

If what Senator Sanders says is true and his office was shot at and staffer’s apartments were ransacked these two suspicious deaths that happened only months after need to be probed and we need to look deeper into what happened in Nevada. If we don’t then, we risk living in an oligarchy with unlimited political bribery as President Jimmy Carter warned.